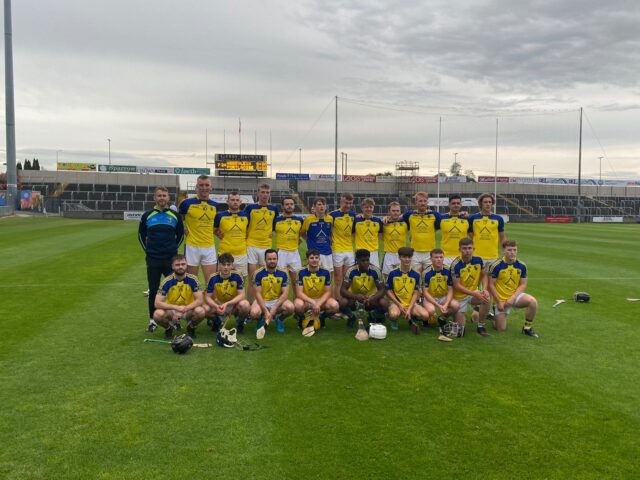 Abbeyleix avenged their 2020 Junior hurling semi final defeat against Portlaoise to claim the 2021 Division 3 title in style in O’Moore Park this evening.

The sides met just over a month ago in that competition and Portlaoise had four points to spare but it was a very different story here as Abbeyleix won by 12.

Keith Murphy scored the opening point of the game to give Portlaoise the lead but Abbeyleix hit back with three in a row via Colm Walsh (two frees).

The pair continued to dominate the scoreboard as Murphy (two) and Walsh (two) pointed for their sides which allowed Abbeyleix to maintain their lead at the water break – 0-5 to 0-3.

But it was from here that Abbeyleix took over as they scored 1-9 without reply to build up a huge lead.

Enda McWey, Colm Walsh, Eoin Egan, Mark Cahill and Sam Quinn all pointed on the resumption of play before Abbeyleix struck for goal on the 21st minute.

This was all about Sam Quinn as his searing pace allowed him to cut through the heart of the Portlaoise defence before flicking the ball across to Mark Cahill who sidestepped Portlaoise keeper Noel Costello to score.

Sean Culleton and Jamie Keenan ended Portlaoise’s scoring drought just before half time to see Abbeyleix take a 12 point lead at the break – 1-14 to 0-5.

Portlaoise picked up from where they left off at the start of the second half as a Keith Murphy brace further cut the gap but Abbeyleix soon got back on top.

Mark Cahill, Stephen Thompson and a brace from Sam Quinn gave Abbeyleix a lead of 1-18 to 0-8 at the water break.

The game was put to bed on the resumption when a long range shot from Mark Cahill was spilled to the net by keeper Costello who was under pressure from Abbeyleix sub Shaun Fitzpatrick.

The game largely petered out from there as both sides emptied their benches but there was no disputing that Abbeyleix were very deserving winners. 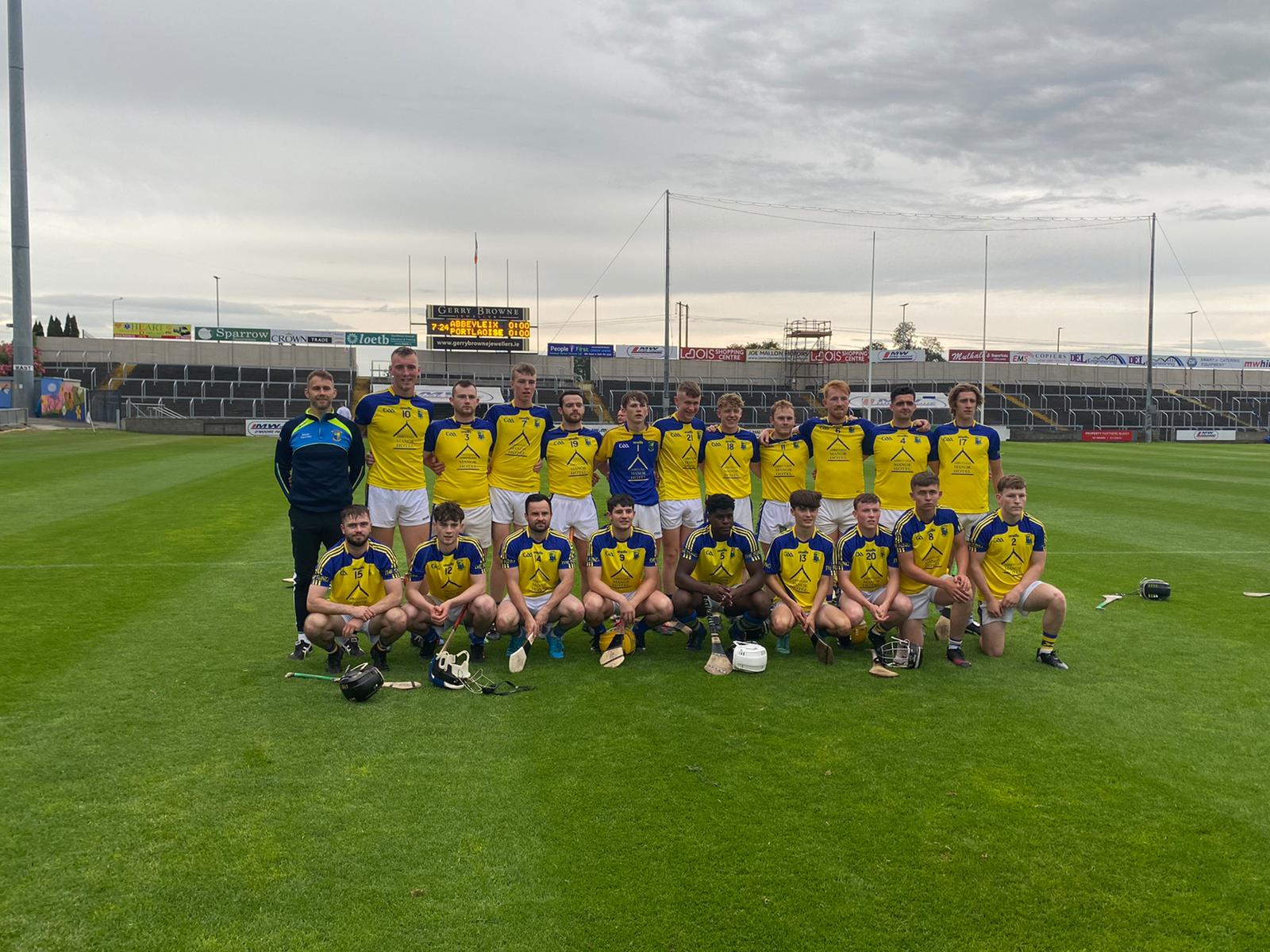 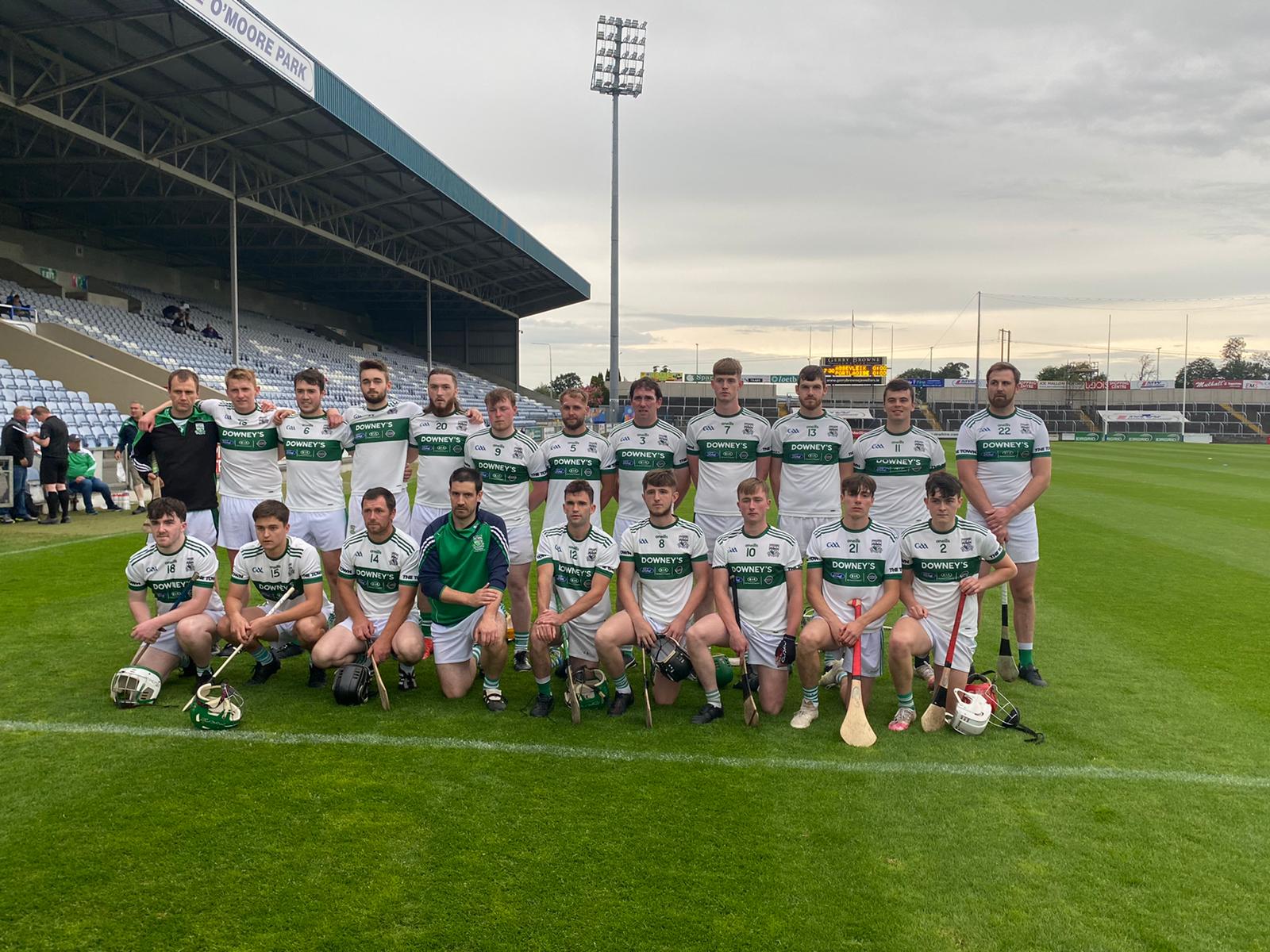