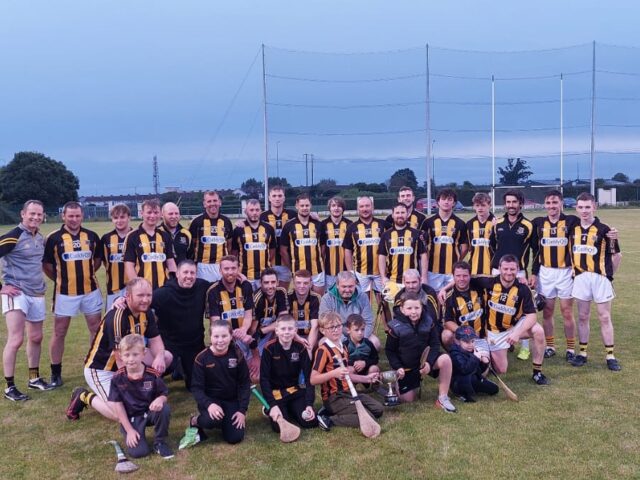 Camross are Division 4 league champions as they overpowered Ballinakill late on in the Centre of Excellence this evening.

A slight breeze favoured Ballinakill in the first half and they started the sharper of the two sides.

Eamon Jackman and Eddie Dwyer pointed in the opening minute before Camross opened their account through Cillian Tiernan.

Jackman was causing Camross serious problems around the middle and he pointed two monster scores in a row to nudge Ballinakill ahead.

With six minutes gone the game really tore into life after some big hits from both sides. Both teams then had goal chances but Joe Doran and Declan Hanrahan both kept their clean sheets in tact.

The sides continued to go score for score until the just after the water break. A long free in from Damien Keenan was batted away by Declan Hanrahan but Daniel Delaney pounced to fire Camross into a 1-8 to 0-7 lead.

Ballinakill responded well with Jackman keeping them in touch but with half-time on the horizon Camross took control, particularly on Ballinakill’s puckouts.

Joe Ryan and Seamus Dwyer pointed for either side, before a Niall Holmes point and two Daniel Delaney frees gave Camross a 1-15 to 0-11 point advantage at half-time.

Camross got the first point of the second half through Holmes and a minute later they had their second goal.

A shot from distance from Mossy Burke hit the post and Tadgh Doran reacted quickest to tap the ball past Declan Hanrahan.

Despite now being 11 points behind, Ballinakill responded brilliantly. Jackman hit three frees in a row before Eddie Dwyer outrageously pointed over his shoulder from the sideline.

Jamie Drury then popped up with yet another Ballinakill score as there were now just the two goals between the sides.

Unfortunately for Ballinakill, Camross found the back of the net with the water break just around the corner.

Rob Tyrrell picked the ball up in the corner and pinged the ball across to Cillian Tiernan. He caught the ball on the run, rounded his man and blasted the sliotar home.

This really seemed to be the killer blow for Ballinakill and a long break in play for a Ballinakill injury really sucked the life out of the game.

Ballinakill kept pressing though and with Jackman now in full forward they were dangerous on the counter attack but they could only manage three more points from Jackman and substitutes Trevor Walsh and John Brennan.

Greg Cuddy’s pace was causing Ballinakill problems and in the closing minutes he was fouled when through on goal. Delaney pointed the free and Dan Moore added another from distance.

With time almost up Camross got their fourth goal as Greg Cuddy set up Brendan O’Sullivan and he slotted the sliotar home. 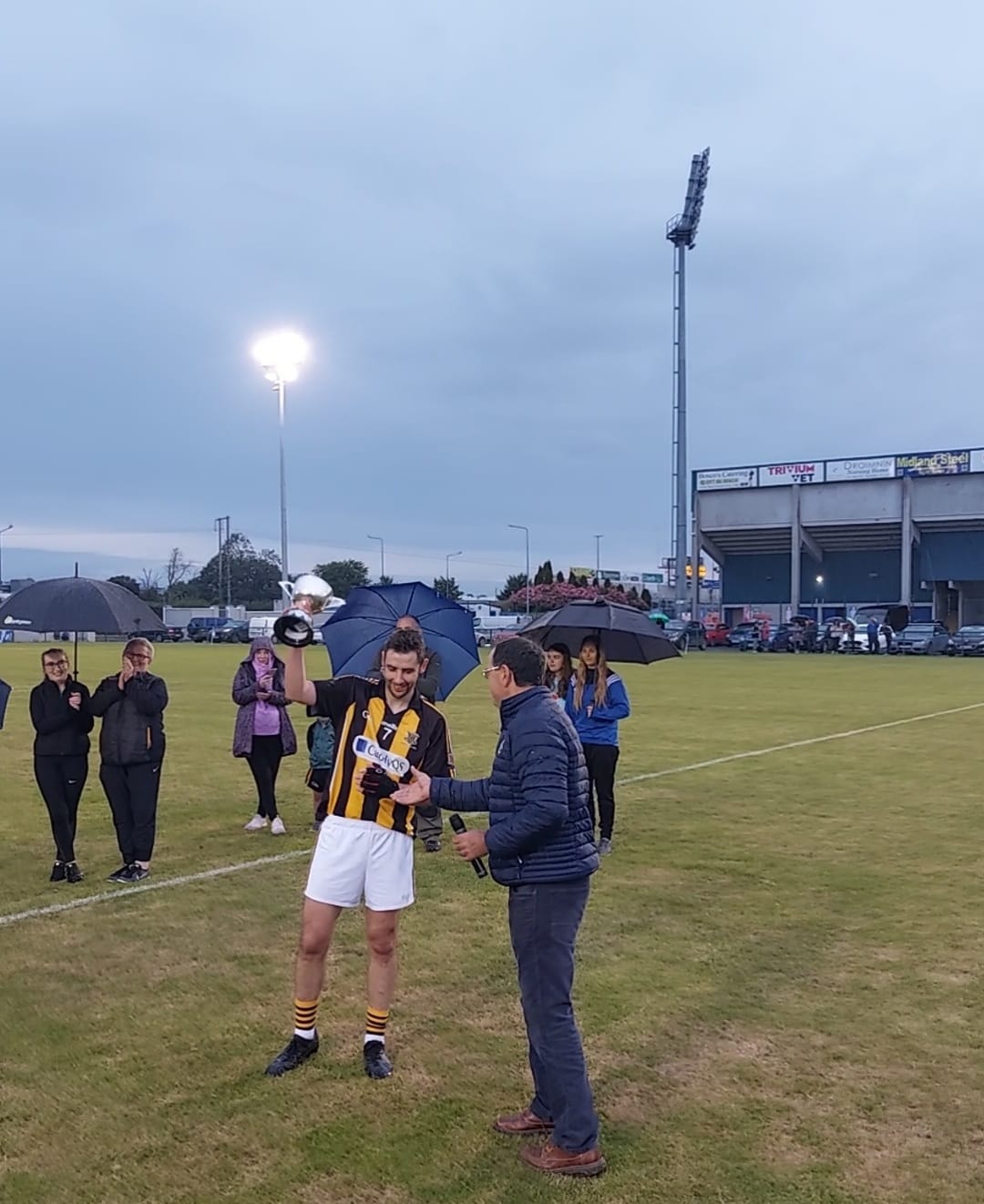 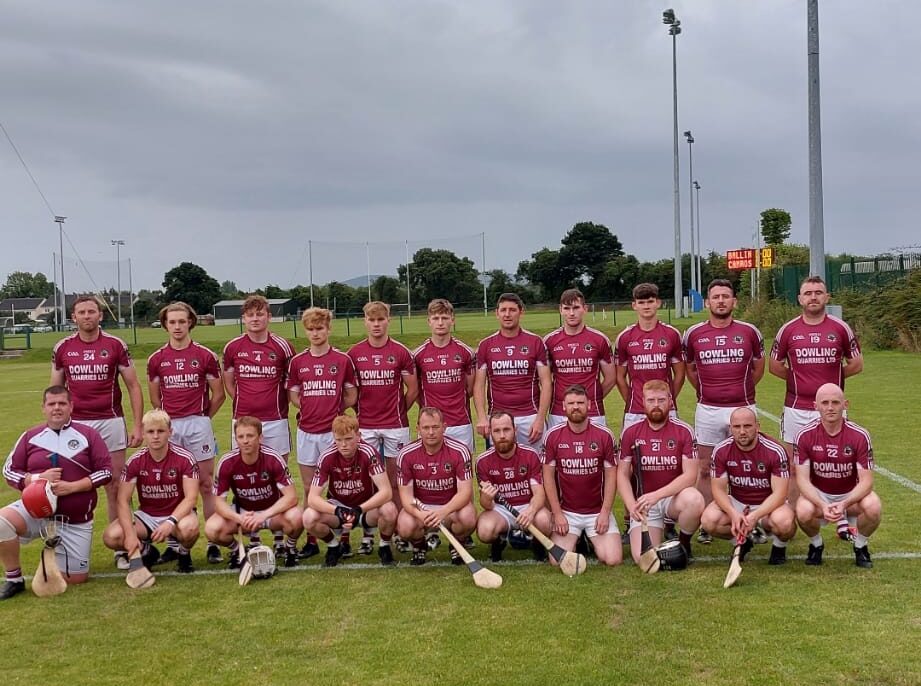 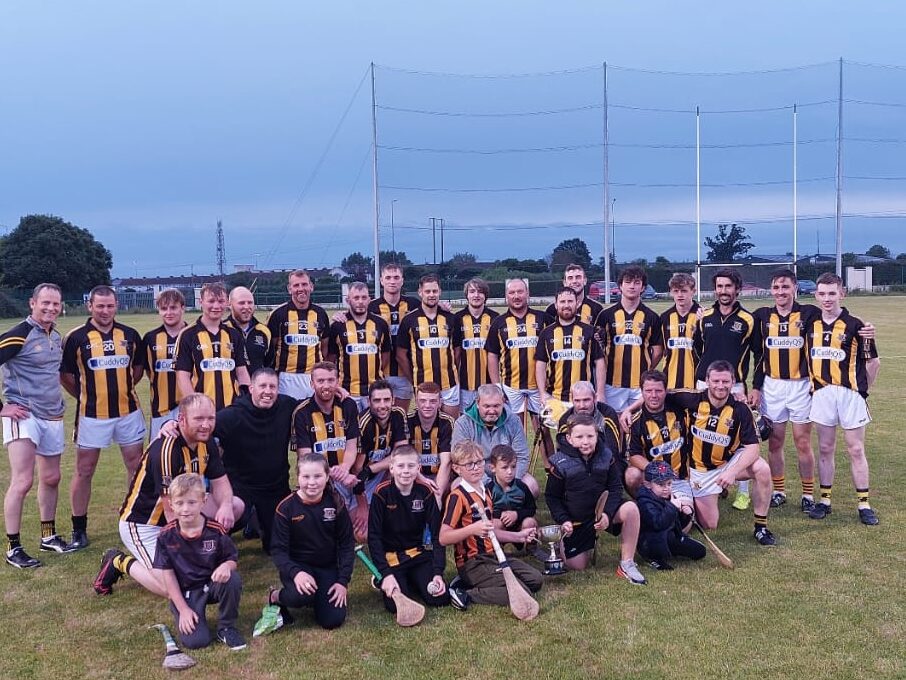 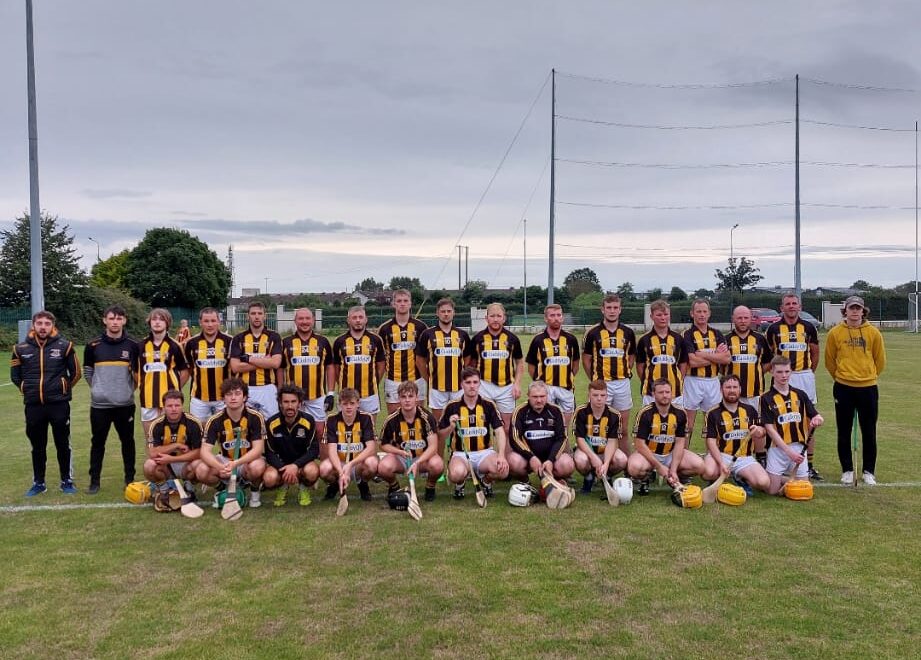