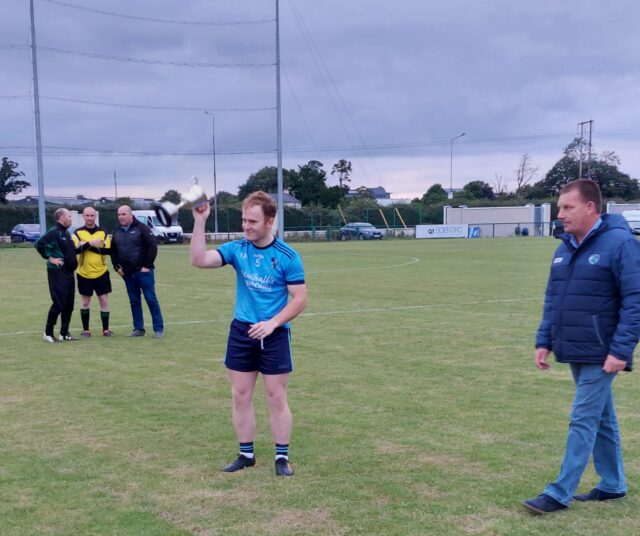 With the league finals coming thick and fast this week, Ballyroan-Abbey claimed the Division 3B football crown after a relatively comfortable 18 point victory over Rosenallis.

Any early Ballyroan nerves were instantly settled as Charlie Whelan won the throw in and pointed moments later.

A fine team move for Rosenallis resulted in Aodh Bowe levelling the scores but they would struggle for the next ten minutes or so as Ballyroan’s physicality and skill reigned supreme.

Brian Whelan pointed excellently on the turn for Ballyroan and a minute later some great Ballyroan defending lead to a fast counter attack.

The move ended with Shaun Fitzpatrick hand passing the ball across to Charlie Whelan who palmed the ball into the empty net.

The pressure continued with another half goal chance for Jamie Whelan but Davin McEvoy slotted over the rebound. Charlie Whelan pointed again as Ballyroan established a strong 1-5 to 0-1 lead.

However, Rosenallis found the perfect response. Mark Dunne worked the ball to Jack Friel who managed to flick the ball onto Charlie Friel.

Charlie rifled the ball home to lift Rosenallis completely. Two points followed from Paul Maher and Shane Farrell as there was just the two points between the sides at the water break.

The water break seemed to steady Ballyroan though as Brian Whelan swiftly pointed two in a row.

Ballyroan dominated the middle third and turnovers cost Rosenallis dearly. Charlie Whelan knocked over two points of his own as Ballyroan stretched their lead once more.

With half-time approaching Charlie Friel nearly had a goal for Rosenallis but some last ditch defending forced him to fist over the bar.

Jack Friel then slotted over two frees to narrow the gap to four at half-time.

Rosenallis again nearly had a goal at the start of the second half but Evan McEvoy managed to clear Mark Dunne’s shot off the line.

Ballyroan then struck for two quick goals as the game really began to get away from Rosenallis.

Colm Walsh fisted home an excellent team move for their second and their third was an outstanding top corner finish from Jamie Whelan.

Rosenallis were not quite down and out but they looked void of options once the got passed their own 65′.

Although, a clever quick free over the top from Niall Doolan reached Charlie Friel and he was once again went through on goal. However, Scott Conroy got the better of him this time.

Substitute Sam Quinn’s speed was wreaking havoc for Ballyroan, particularly on the counter and he slotted home his own rebound for Ballyroan’s fourth goal.

Quinn got his second goal with time almost up as Davin McEvoy set him up and he could not miss from close range.

Ballyroan ultimately ran out convincing 18 point winners in the end after a dominant display. 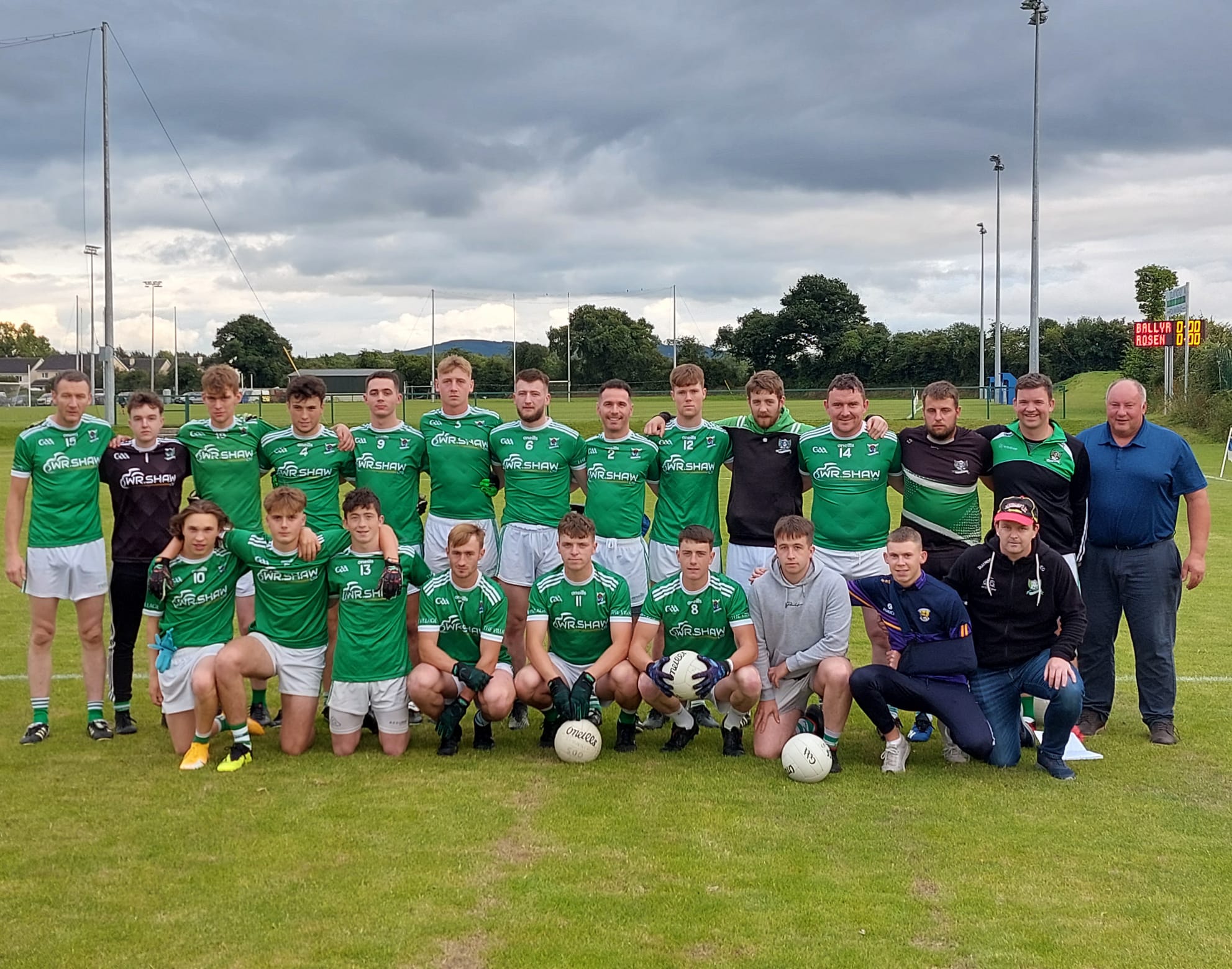