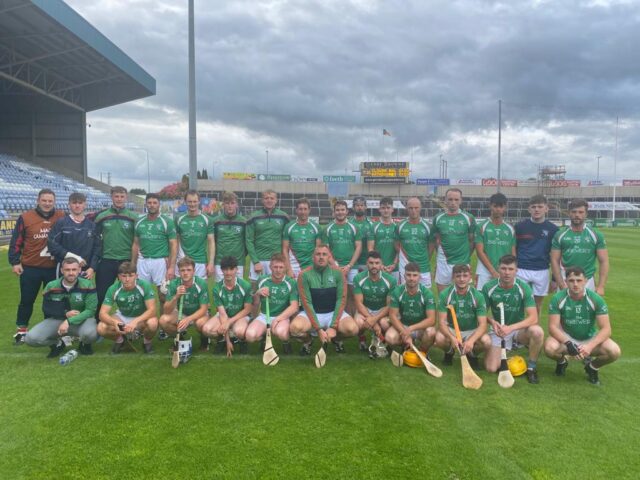 Rathdowney-Errill repelled a strong second half comeback from Clough-Ballacolla to claim Division 1B glory in O’Moore Park tonight.

The victors looked to be cruising at half time as they led by eight points but early second half goals from Clough-Ballacolla brought them right back into the contest.

However, they could never regain parity and when Dylan Carroll lashed home Rathdowney-Errill’s third goal near the end – they were safe and on their way to another title.

Shane Dollard opened proceedings with a point from distance for Rathdowney-Errill before Cillian Dunne replied instantly with a brace of dead balls – one free and one 65.

Kevin O’Dea, Shane Madden and Dylan Carroll (free) pointed for Rathdowney-Errill to give them a two point lead.

Rathdowney-Errill soon scored the first goal of the game as Padraig Rafter squared the ball to Ray Bowe and he smashed it into the back of the net.

Rathdowney-Errill maintained their lead as Shane Madden and Ciaran Finane exchanged points at the start of the second quarter.

Dylan Carroll (two) and Cillian Dunne continued to be accurate from dead balls before Canice Coonan’s strike sailed over the black spot to briefly narrow the deficit to four.

But Dylan Carroll, Padraig Rafter and John Carroll extended Rathdowney-Errill’s lead to eight points at half time – 1-12 to 0-7.

The second half began with a bang. Shane Hanlon played a high ball into the square and Rathdowney-Errill golakeeper, Damien Bowe, came storming out with the ball in hand.

His attempted clearance was blocked down by Cillian Dunne and he passed the ball to Canice Coonan who smashed the sliotar into the empty net.

Coonan followed up his goal with a point before Kevin Mulhall made it a two point game.

The game then went goal crazy as Shane Madden and Padraig Brennan scored two fantastic goals in as many minutes.

Shane Madden scored the first when he won the ball along the end line and chipped the sliotar over the keeper into the corner of the net.

Clough-Ballacolla responded in the best way possible as a high ball broke to Padraig Brennan and dispatched it into the goals.

Jordan Kavanagh pointed on the brink of the final water break to give Rathdowney-Errill a three point lead – 2-13 to 2-10.

Clough-Ballacolla hit three wides in a row after the water break and they were punished by their inaccuracy when Rathdowney-Errill scored their third goal of the game.

Shane Madden won the breaking ball on the edge of the box and and laid it off to Dylan Carroll who blasted the ball past the helpless Danny Hanlon in goal.

Clough-Ballacolla responded well with two points in a row via Cillian Dunne (one free).

Jordan Fitzpatrick and Shane Dollard extended Rathdowney-Erril’s lead with a point each.

Canice Coonan soon made it a four point game with seven minutes remaining. 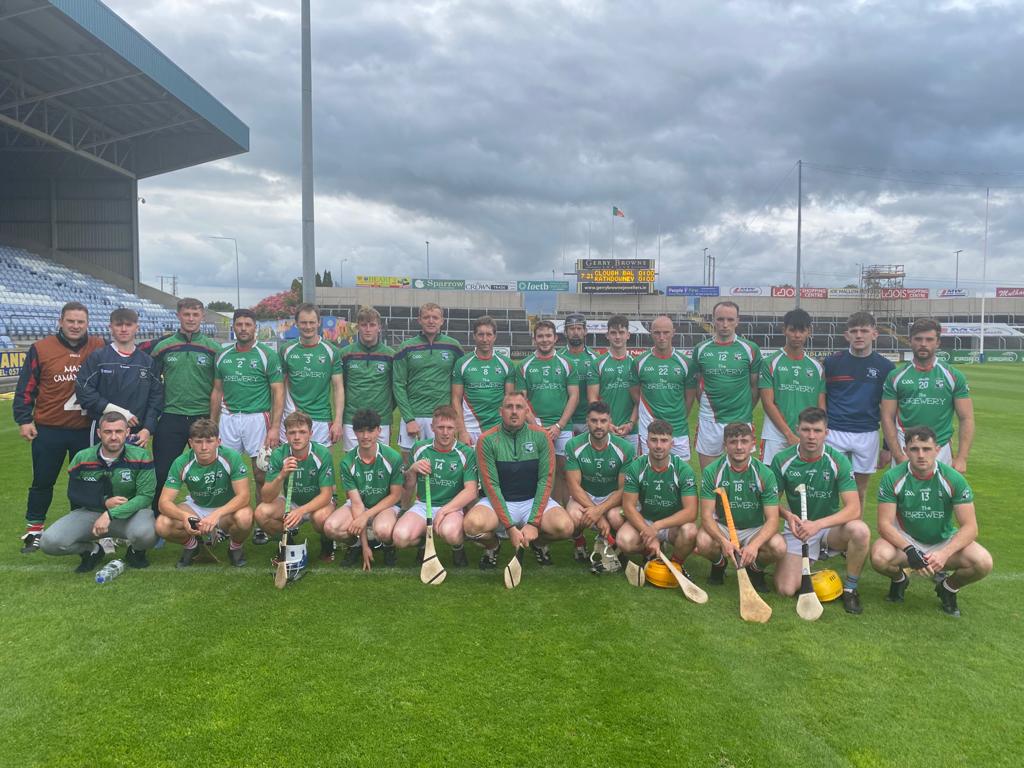