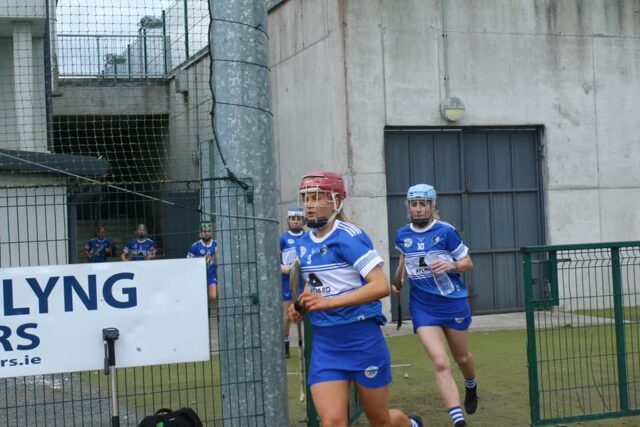 Laois’s All Ireland Camogie journey of 2021 is over after they were beaten by Kerry in Durrow this afternoon.

John Desmond’s side pulled off a remarkable comeback to knock Kerry out at the quarter final stage last year but their visitors exacted revenge today.

A twenty minute scoreless period in the first half cost Laois dearly as Kerry scored 1-6 in that period to build up a lead they would never relinquish.

With the wind driving across the pitch in Durrow, it was Alice Walsh who gave Laois the lead in the opening minute.

Kerry replied through Patrice Diggin from distance but an Aimee Collier free after 7 minutes put Laois back ahead.

However, the ball was in the back of the net a minute later as a Laois sideline went wrong and Kerry countered with Jackie Horgan getting through to score.

Laois replied with a second Collier free but a point from Aine O’Connor left Kerry 1-2 to 0-3 ahead at the water break.

Kerry continued in that vein on the restart and Laois were thankful for keeper Niamh Coss who made great saves from Aoife Behan and Amy O’Sullivan to keep Kerry at bay.

But the Kingdom continued to dominate possession as Aine O’Connor, Aoife Behan, Annamarie Leen, Kate Lynch and Diggin all pointed to move them six clear.

Laois, who were now scoreless since the tenth minute, were given a golden opportunity to get back into the game when Sara Cuddy was fouled for a penalty.

Aimee Collier took it but her effort was saved by Aoife Fitzgerald to leave Kerry 1-6 to 0-3 ahead at half time.

Kerry went nine points clear straight from the throw in when Patrice Diggin’s free sailed straight to the Laois net from the middle of the field.

Diggin and Collier then traded efforts before Horgan sent us to the second water break with Kerry leading 2-9 to 0-5.

Laois needed goals in the final quarter but although they kept fighting right to the end – Kerry keeper Fitzgerald proved unbeatable.

Kerry now join Derry in the All Ireland quarter finals from the group.