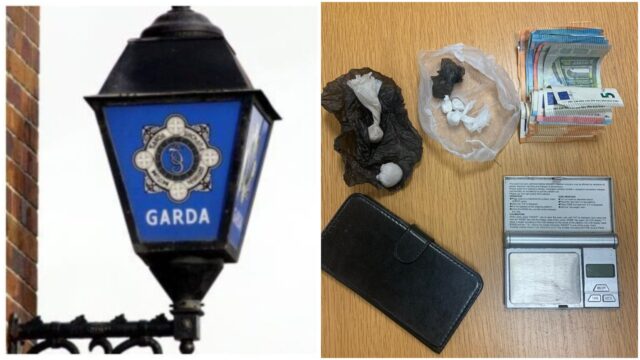 Drugs and cash have been seized while three arrests have also been made following 48-hour Garda searches in Laois.

The searches were carried out as part of Operation Tara and took place around Portlaoise town over the last 48 hours.

In the course of these, Gardai recovered heroin, cocaine, cannabis, quantities of cash and drug paraphernalia.

Three men have been arrested following these seizures.

One of these had been remanded in custody, another is before the courts while a third is currently in Garda custody.

Gardai say: “As part of Operation Tara, Laois Divisional Drugs Unit and Portlaoise Community Policing Unit carried out a number of searches in Portlaoise Town over the past 48 hours.

“As a result of these there was a number of seizures made.

“These include heroin, cocaine, cannabis, quantities of cash and drug paraphernalia.

“There have been a number of arrests.

“One male has been remanded in custody, a second male is before the courts and a third male is currently in Garda custody.