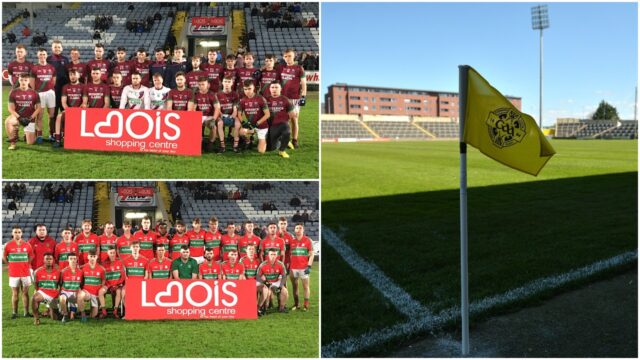 Portarlington and Graiguecullen will contest the 2020 Laois SFC final tomorrow and history will be made no matter what the outcome.

Both teams are tied joint third on the all-time list of Laois SFC victories on 12.

They are some way behind Stradbally (17) and Portlaoise (35) who site above them – but the winner will become the third most decorated club in their own right.

Portarlington’s last success is back in 2001 when Brendan McCann, who’s son Eoin now plays on the team, captained them to glory.

While you have to go all the way back to 1965 for Graiguecullen’s last success.

This is Portarlington’s first appearance in the decider since that victory in 2001 while Graiguecullen last reached the final in 2011.

But a look back to 2017 gives an indication of where these two teams have come from.

The clubs met in the U-21 final that year – with 19 of the 37 players who took to the field that night now heavily involved.

All of those players have gone on to represent the clubs at senior level and have played some part in this run to the final.

History was made for Portarlington on that November night as they won the U-21 football title for the first time since 1993.

They looked in bother ten minutes into the second half when Graigue hit three points to overturn a half-time deficit but Port dominated the final quarter and ran out comfortable 11-point winners in the end.

That ’93 team had the likes of Hughie Emerson, David Sweeney, Brendan McCann and Damien Ryan and went on to win two senior titles.

Our report on the night said that Port would be hoping the likes of Paddy O’Sullivan, Robbie Piggott and Colm Murphy can emulate the success of those mentioned above – and now they are one step away.

The teams and scorers from the night are as follows: