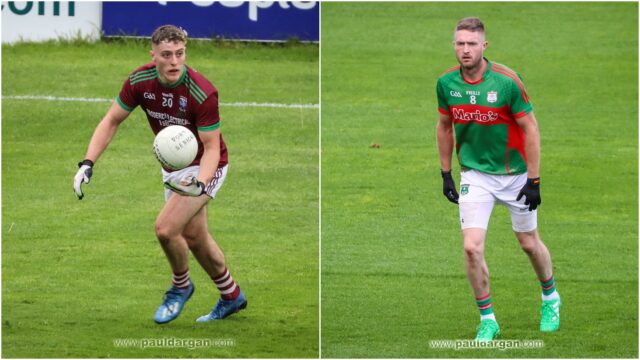 No matter what happens in this afternoon’s delayed 2020 Laois SFC final, we’re in new territory.

Not only is it the first final since 2006 not to feature Portlaoise, it’s also going to witness the ending of a famine.

Portarlington, who are 4/9 favourites, haven’t won the Laois senior football championship since 2001.

Graiguecullen’s wait goes back even further, to 1965, when they won their 12th title.

It’d be hard to begrudge either side.

Port have made giant strides in recent years to shake the club from the slumber it had been in and minor titles in 2014 and 2017 and U-21s in 2017 and 2018 provide the bulk of the players to the current senior team.

Graigue haven’t been without underage success either, and actually beat Port in the 2015 minor final, while they’ve also been a very consistent senior championship side.

Apart from the 2016 blip that saw them end up in a relegation playoff, they’ve been in five semi-finals in the past decade, three quarter-finals and the 2011 final which they lost to a Portlaoise side completing five-in-a-row.

And in this season’s championship, which began last August, both Port and Graigue have been solid and composed without ever really needing to be spectacular.

They’ve beaten a similar enough path to get here and have both based their run through the championship on a very solid defence.

Port have conceded just one goal in the four games and kept O’Dempsey’s to 0-4 in the quarter-final and Ballyfin to 1-2 in the semi-final.

It’s actually pointing towards a low-scoring final. Graigue will almost certainly assign Mark Timmons and Trevor Collins to Colm and David Murphy. Though that duo hit 3-7 between them when the sides last met in the 2019 quarter-final, it’s hard to see Graigue coughing up that type of score again.

Where Port might seek to find joy is replicating the running game that caused Graigue problems and yielded three goals for Emo in last week’s semi-final. Graigue slowed Emo up by giving away frees out the field but they still gave away plenty of goal chances.

Port have the pace and the players – in the likes of Ronan Coffey, Adam Ryan, Rioghan Murphy and Jason Moore (as well as the likes of Colin Slevin and Jordan Fitzpatrick off the bench) – to do similar damage.

Graigue are able to put scores on the board, their 2-12 last week in tricky conditions was impressive, and came from multiple sources.

Ross Hennessy is having a great season, Brian Byrne is showing why he was breaking on to the county team, Chris Hurley is one of the best foot passers around and Shane O’Neill, Paul Mulready, Danny O’Reilly and Jamie Sheehan are all fine players around the middle of the field.

Big Michael ‘Birdy’ Hand is also a serious handful at full-forward and one that Port will be very keen to contain.

In Danny Bolger they also have a keeper with a tremendous kickout and a brilliant free-taker from distance. An off day for Port and Graigue have the tools to win this.

But Port appear to be a better-balanced side, with a greater scoring threat and a stronger bench.

Even without county senior Paddy O’Sullivan not playing a minute in the entire championship (overseas army duty in 2020 and a bad hamstring tear in 2021), Port might just shade it.

Hennessy has been a regular starting forward for Graigue for the past number of years now but this has probably been his most consistent campaign. He started with five points from play against Arles-Killeen in the opening round, got two points against The Heath, 1-1 against Ballylinan and 1-3 against Emo.

Just four points of his 2-11 have come from frees (and one of those was a mark) while with goals in the quarter-final and semi-final, Port will be ready for the threat that he poses.

Despite missing Port’s win over Portlaoise, Colm Murphy is their highest scorer with 1-11, of which 0-6 has come from frees.

His 1-5 in the semi-final win was his biggest tally while he hit 0-4 against O’Dempsey’s in the quarter-final and 0-2 in the first round win over Stradbally.

The Gracefield man is hoping to join a small group of managers to have guided teams to three senior championship success, though unlike John Mulligan (2008-2010), Mick Lillis and Mark Kavanagh (2011-2013) and Malachy McNulty (2015, 2017 and 2018), he’s aiming to do it with two different clubs and in three different decades.

He has previously won senior titles with Stradbally in 2005 and 2016 and is now seeking to add the 2020 title with Portarlington to his collection.

Despite his relatively young age (33) as a manager, Doogue has packed in plenty in the last couple of years. He won a Leinster intermediate title with the Laois ladies football team in 2018 before being appointed as Graigue manager ahead of the 2019 season. Doogue was on the panel for the 2011 senior final and played in the 2009 U-21 county final loss to Ballylinan-Glenmore.

None of Portarlington’s players have ever played in a senior county final, though Graigue have a handful that were involved in the 2011 loss to Portlaoise.

Mark Timmons, Chris Hurley, Michael Hand, Shane O’Neill and Ross Alcock all started in the 1-12 to 1-6 loss while Danny Alsybury came on as a sub. Going back to the 2007 intermediate final win over Courtwood, Timmons, Hand and O’Neill all started.