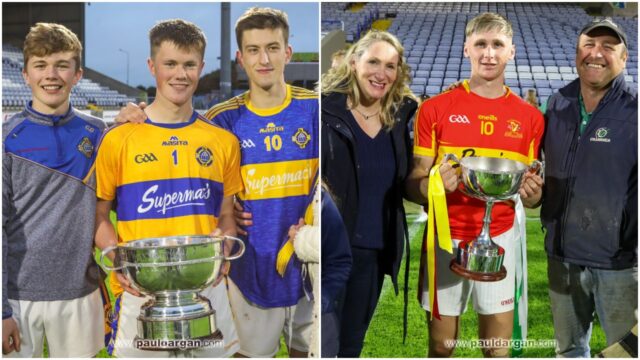 After a huge weekend of club action, we’ve split up our Talking Sport Podcast into two parts – hurling and football.

This episode focuses solely on hurling as Damien Carter joins Steven Miller and Alan Hartnett to reflect on it all.

First, the lads discuss the 2020 Laois SHC final between Clough-Ballacolla and Borris-Kilcotton which took place on Saturday evening.

Clough-Ballacolla won their first Laois SHC title since 2015 as the excellence of Stephen Maher and Robbie Phelan fired them to glory.

The lads reflect on a brilliant performance and examine where the game was won.

They then turn their attentions back to Friday evening where The Harps made history against Portlaoise.

The lads manage to conclude their chat just in time for the latest episode of Love Island too.