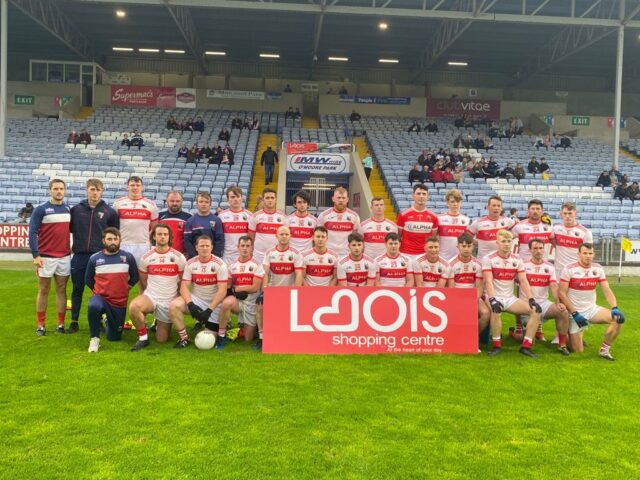 Emo were crowned Division 1B champions following an eight point win over Arles-Killeen in O’Moore Park this evening.

John Strong’s charges had lost the 2020 SFC semi final to Graiguecullen at the same venue two weeks ago tonight – but they were much improved here.

Rory Stapleton’s Arles-Killeen were second best for most of the evening and will be hoping that the apparent ankle injury sustained by Donie Kingston that forced him off is not serious.

Arles-Killeen played against the breeze in the first half but it was they who opened the scoring through Billy O’Loughlin.

Darren Strong responded for Emo but Killeen were good in the opening stages as Paul Kingston put them back ahead in the sixth minute but they wouldn’t score for another 12.

In the meantime, Emo drew level through Darren Strong and then hit the front with a goal. Killeen keeper Ciaran Bizzell had just denied Nigel Murphy from close range minutes before a similar Emo move set up Padraig Kirwan who made no mistake.

But Emo finished the half like a train. Killeen keeper Ciaran Bizzell made two more fantastic saves – one from Kirwan and the other from Strong but the rebound from the latter was palmed in by Paddy Hosey.

Paul Lawlor and Strong also added points as Emo led 2-7 to 0-6 at half time.

Killeen needed a fast start to the second half and they almost got it when Michael Wall burst through on goal but Emo keeper Niall Gorman denied him.

But Killeen moved Donie Kingston into full forward after that and the first high ball into him caused chaos in the Emo full back line with Donie eventually curling the ball into the net.

Emos responded well to the set back though as a score on the run from Kirwan was followed by a free from Paul Lawlor to move them six ahead after 40 minutes.

Killeen replied through Jason Enright and referee Mick Tarpey didn’t signal the second water break until the 51st minute – by which time Nigel Murphy and Paddy Hosey left Emo 2-11 to 1-7 ahead.

Killeen lost Donie Kingston to injury and then Dermot Julian to a black card but they got in the game after 55 minutes when Billy O’Loughlin was fouled for a penalty which Jason Enright dispatched.

Killeen were then reduced to 13 and Emo 14 when Enda O’Rourke and Jack Owens were both shown red cards for an off the ball incident.

And Emo made the game safe with points from Paul Lawlor and Padraig Kirwan and a second goal from Paddy Hosey to seal glory in style. 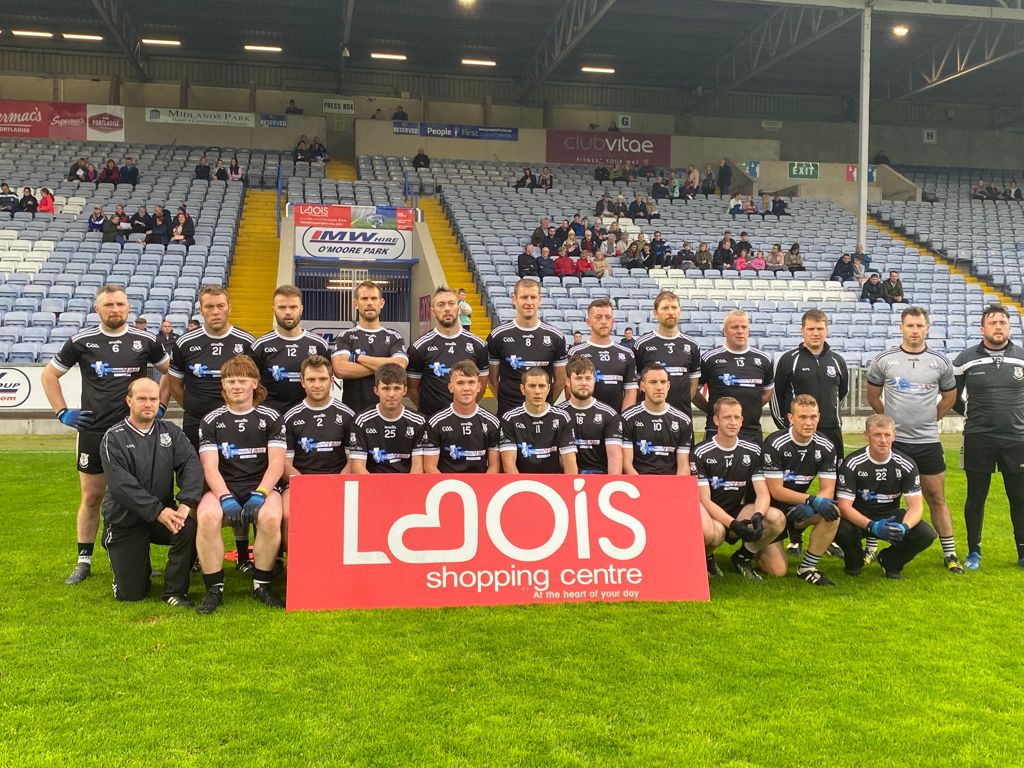