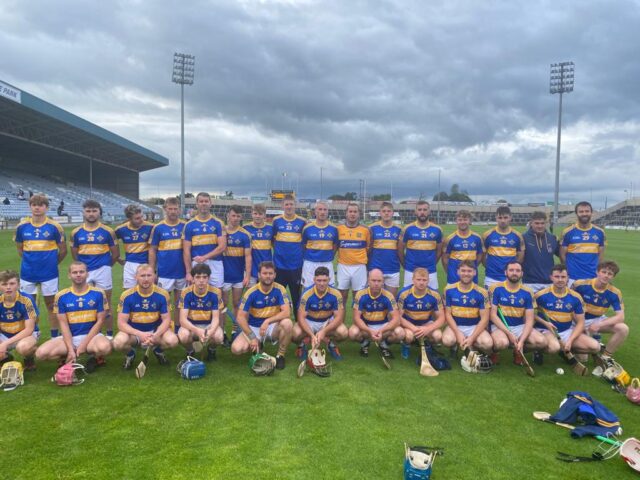 Clough-Ballacolla sealed their first win in Group A of the IHC following a fine win over Park-Ratheniska-Timahoe tonight.

Defeated semi finalists last year, Clough-Ballacolla had a dominant spell in the second quarter where they scored two goals which proved to be the difference in the end.

Chris Rafter and Padraig Brennan gave Clough-Ballacolla a dream start as they went two points clear in the opening moments of the game.

Ciaran Finane and Jim Doyle also got their names on the score sheet.

But the opening quarter was extremely close as Darragh Nolan, who was the only player to score for Park-Ratheniska-Timahoe in this period, converted six frees to leave the sides level at the first water break – 0-6 to 0-6.

The teams exchanged points after the water break through Robbie Foyle and Chris Rafter before Marc Ramsbottom put Park-Ratheniska-Timahoe in the lead for the first time in the game.

Damien Bergin then stepped up for a long range free and his effort sailed all the way into the net.

For the next seven minutes of the game Clough-Ballacolla began to dominate as they scored 1-4 to extend their lead.

Chris Rafter converted a brace of frees before Cillian Dunne then stunned the Park-Ratheniska-Timahoe defence as he scored 1-1 in two minutes which gave Clough-Ballacolla an eight point lead – 2-11 to 0-9.

Darragh Nolan replied with two frees but Ciaran Finane scored the last point of the half to leave the scoreline 2-12 to 0-11 at the interval.

But the comeback seemed to be on at the start of the second half when Darragh Nolan dispatched two frees and Robbie Foyle blasted the ball home to make it a three point game – 2-13 to 1-13.

However, Clough-Ballacolla never allowed the margin between the teams to get any smaller as Chris Rafter (two) and Cillian Dunne extended their lead with points.