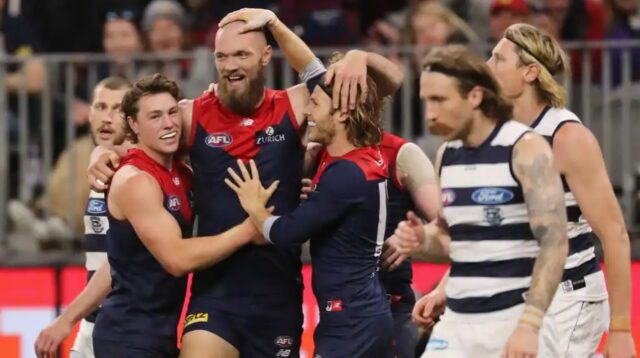 Zach Tuohy’s latest AFL season came to an end in Australia today as Geelong were beaten by Melbourne in the ‘Preliminary Final’ and so won’t appear in next weekend’s Grand Final.

Geelong had reached last year’s Grand Final, which they lost to Richmond in what was Tuohy’s first appearance in the competition’s main fixture, but they were second best throughout today’s game, going down by 125 to 42.

Because of the Covid situation in the Victoria state and Melbourne city, where AFL is strongest, today’s game was held in the Optus Stadium in Perth where it was able to have almost 60,000 supporters in attendance.

And for the second year running, the Grand Final will once again be played outside Melbourne – this time in Perth having been in Brisbane in 2020.

The Melbourne club’s win today sends them into their first Grand Final in 21 years.

Tuohy has a year remaining on his current Geelong contract and has been receiving very positive press in recent weeks.

A piece on the official AFL website in the lead-up to the game detailed Tuohy’s incredible versatility and his ability to play in numerous roles across the field.

The other semi-final is between Port Adelaide and the Western Bulldogs and is on Saturday.