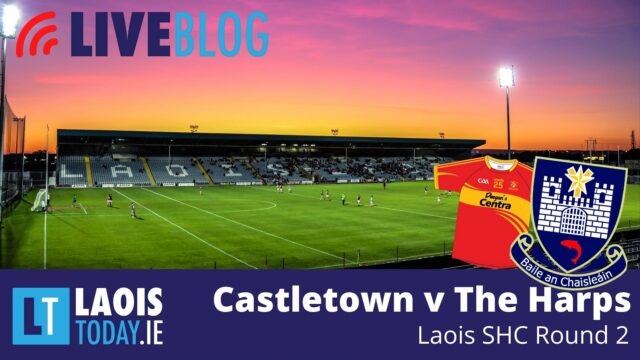 Round 2 of the hurling championship gets underway tonight with games in O’Moore Park and Ballacolla.

It is a very early start in Ballacolla as a 6.30pm throw in awaits the Clough-Ballacolla and Clonad Intermediate hurlers.

After losing out to Borris-Kilcotton in Round 1, Clonad will need to avoid defeat here to have any chance of reaching the semi finals.

David O’Brien’s charges, who are without the injured PJ Daly, were 2-5 to 0-3 up at one stage in that game but couldn’t hold on.

Their hosts tonight enjoyed a win over Park-Ratheniska-Timahoe and with just two teams to get out of the group, another win here will almost guarantee that.

They have lost forward Cillian Dunne to their senior team but should welcome back Brendan McEvoy, Johnny Finane and Canice Coonan from suspension.

The action in O’Moore gets underway at 7.30pm as Castletown face The Harps.

Both sides put in decent Round 1 performances but it is Castletown who come into the game with two points.

Castletown ended up in the relegation playoff last year but a win here will guarantee them a quarter final place at the very least.

Paddy Mullaney’s charges will be hoping that Tadhg Cuddy’s hand injury has recovered sufficiently in order to start this time.

You can follow all the action from the two games as it happens below: