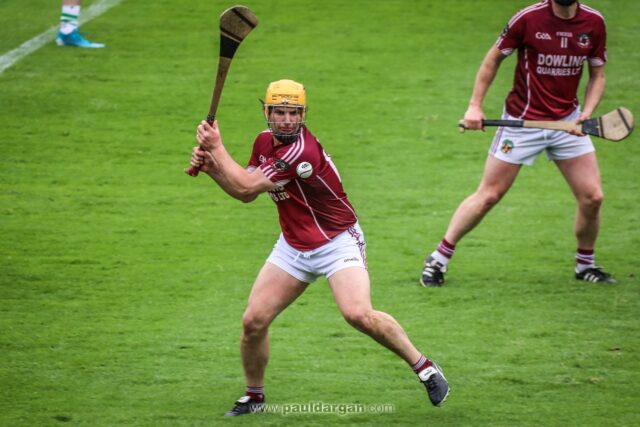 Ballinakill bounced back after their first round defeat to Ballyfin with a win over Rathdowney-Errill in Colt this afternoon.

Ballinakill got off to a flying start scoring six unanswered points in the opening ten minutes of the game via MJ Dunphy (three), Ian Shanahan, Cha Dwyer and Sean Downey.

Paddy Hassett finally got Rathdowney-Errill off the mark before the water break to leave five points between the sides – 0-6 to 0-1.

Hassett converted a free before Sean Downey replied with a brace which saw Ballinakill finish the half dominantly as MJ Dunphy and Ian Shanahan (two) extended their lead to seven points at the interval – 0-11 to 0-4.

However, Rathdowney-Errill halved the deficit in the opening five minutes of the second half. An impressive period from Rathdowney-Errill saw Eoin Bourke, Jordan Kelly, Padraig Rafter and Paddy Hassett all raise white flags.

But all of their efforts were squandered when Ballinakill scored a goal against the run of play.

Cha Dwyer picked up the ball and laid it off to Gearoid Lynch who ran through the heart of the Rathdowney-Errill defence to fire the sliotar home.

TJ Lalor, Sean Downey and Cian O’Shaughnessy followed up the goal with a points to extend their lead seven points at the water break – 1-14 to 0-10.

They will now face Slieve Bloom in two weeks time with a place in the knock-out stages at stake.