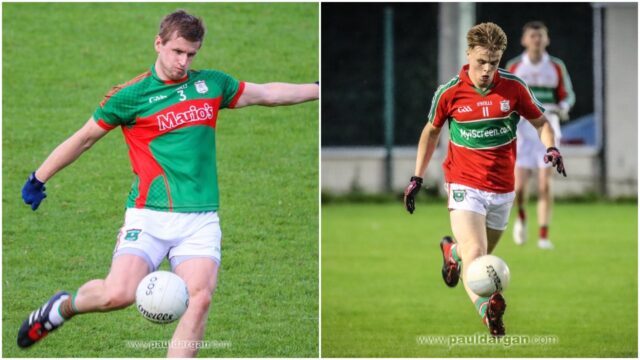 Defeated 2020 finalists Graiguecullen are safely through to the last eight of the SFC after a comfortable victory over Stradbally.

Kevin Doogue’s side were firmly in control of this one throughout were Mark Timmons excellent in defence – a performance that gave the team a platform for victory.

They are now into the quarter finals while Stradbally head for Round 3.

The first quarter of the game was even enough with both defences largely on top and scores at a premium.

Graiguecullen took the lead through keeper Danny Bolger but Keiran Delaney and Colm Kelly soon hit back for Stradbally.

Danny O’Reilly tied the game but a great score from Garry Comerford gave Stradbally the advantage once more.

Nevertheless, points from Padraig Murphy and Luke Hand sent Graiguecullen in 0-4 to 0-3 ahead at the second water break.

Graiguecullen did get on top towards the end of the quarter and they were fully in the ascendancy in the second quarter.

A brace from Conor Kelly and scores from Padraig Murphy and Luke Hand moved them four clear.

They had a goal chance too in that period but Stradbally keeper Wayne Comerford made a great save to deny Luke Hand.

Stradbally went 21 minutes without scoring but a Garry Comerford free with the last kick of the half brought that drought to an end – 0-7 to 0-4 at half time.

Stradbally had two great goal chances at the start of the second half but took neither of them.

The first came to Garry Comerford when he intercepted a Graiguecullen line ball and rounded Danny Bolger but Keiran Delaney slipped with the goal at his mercy when Comerford slipped it across to him and the chance was gone.

The second came moments later when Darragh Carolan broke through and flicked the ball to Colm Kelly who punched it goalwards but Mark Timmons cleared it off the line.

And Graiguecullen made them pay for those misses. Jamie Sheehan kicked them four ahead before a swift counter attack led to Luke Hand breezing in at the back post to fist in a goal.

Danny Bolger added a 45 and Graiguecullen made it 1-10 to 0-4 at the second water break when the excellent Mark Timmons kicked a point which resulted from a throw ball after referee Des Cooney had originally awarded a penalty but overturned his decision following consultation with his umpires.

Darragh Carolan tried to raise Stradbally with just their second point since the ninth minute when play resumed and Comerford then added a point to leave seven in it with ten to play.

The game largely petered out from there as Graiguecullen marched on.