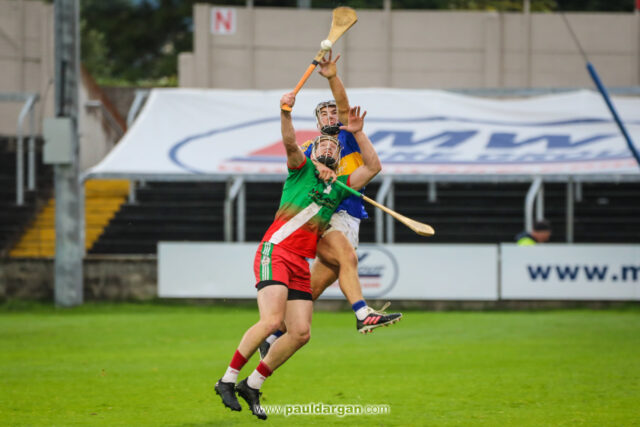 After three rounds of group games across the top four grades of the Laois hurling championships, it’s now safe to say that ‘they’re down to business’.

The final positions in the various competitions were confirmed over the weekend with group winners, quarter-final pairings and relegation finalists now all known.

In the top two tiers, four teams have a four-week break to a semi-final (October 23-24) with the finals scheduled for November 7.

In the case of semi-finals in Senior and Premier Intermediate, the group winners will be kept apart but a draw will be needed if quarter-finalists from the same group reach the semi-final as repeat pairings are avoided where possible.

For example, if Camross and Rathdowney-Errill both win their quarter-finals a draw would be needed for the quarter-final as both have already played Borris-Kilcotton in the group stages.