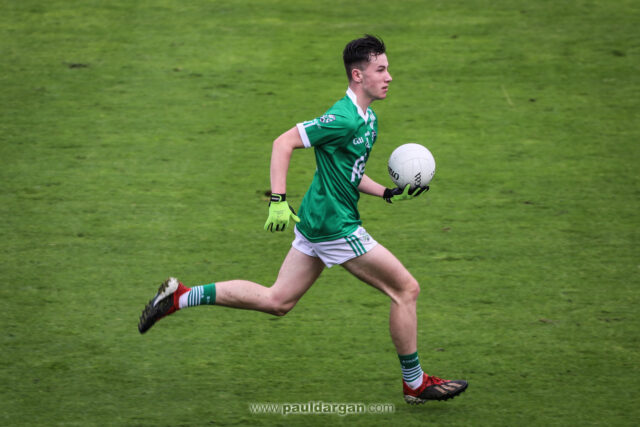 Three first half goals proved crucial for Stradbally as they got the better of Killeshin in the third of this year’s Round 3 ties.

Killeshin battled back well in the second half but they could never get close enough to Stradbally on the scoreboard to land a meaningful blow.

Stradbally looked like they were going to run away with this one in the first half as they plundered through for those goals.

Full forward Darren Maher scored two of those while Garry Comerford also landed a brace as they led 2-2 to 0-1 at the first water break.

Killeshin improved after that as Eoin Lowry, David Aston and the impressive Michael Doran all scored.

But they remained leaky at the back and a swift attack from Stradbally saw Maher and Conor Goode combine for Eoin Buggie to smash home their third goal and lead 3-2 to 0-5 at half time.

Buggie briefly increased the advantage to seven at the start of the second half but Killeshin sparked into life when Eoin Lowry beat Keiran Delaney to a high ball and rounded Wayne Comerford for a goal.

Michael Doran and Lowry added points and now it was a three point game.

Eoin Buggie’s second free though gave Stradbally a 3-6 to 1-8 lead at the second water break.

Try as they might after that, Killeshin could never get closer than three points to Stradbally in the time that remained.

Sub Jody Dillon then kicked what proved to be the crucial score in injury time as Stradbally moved into the quarter finals.