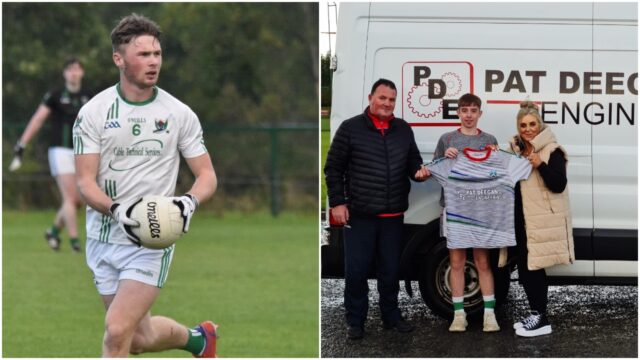 The last juvenile final of 2021 takes place tonight as Rosenallis and Stradbally Parish Gaels meet in the Centre of Excellence.

This is the Minor ‘B’ football championship final – and a competition that Rosenallis are trying to win for the third year in a row.

David Dooley and Charlie Friel kicked them to a convincing win over Ballylinan last year.

While it was Friel’s late goal in 2019 that saw them just edge out The Heath in a thriller.

Indeed, five of the players who will feature tonight have already won this championship twice.

Eoin Sharp, Fionn Kempster, Colin Bennett, Jimmy Hyland and Diarmuid Dooley will all be hoping to complete a rather unique three in a row.

Meanwhile, this particular group of Stradbally Parish Gaels players are also seeking a three-in-a-row of their own.

Two years later, they made their way back to the U-15 ‘B’ final where they faced Park-Ratheniska-Spink and were once again victorious.

They are managed by John Langton (Stradbally), Kevin Miller (Annanough) and Derek Molloy (Timahoe) while Conor Buggie is the team captain.

Conor Fitzpatrick and Oisin Ramsbottom were their representatives with the Laois minors this year – hurling and football in the case of Fitzpatrick but he is struggling with injury.

They topped Group A with four wins from five matches and defeated The Heath 0-10 to 1-4 in Sunday’s semi final.

Rosenallis are managed by John Lalor, Noel Egan and Ruaidhri C-Fennell while Diarmuid Dooley and Jimmy Hyland were on the Laois minor hurling panel this year.

Captained by Fionn Kempset, they won all five matches to top Group B and then edged Park-Ratheniska-Spink out by 3-8 to 3-6 in the semi final.

An exciting encounter is anticipated as both teams will look to serve up an entertaining clash to bring the juvenile calendar to a close.