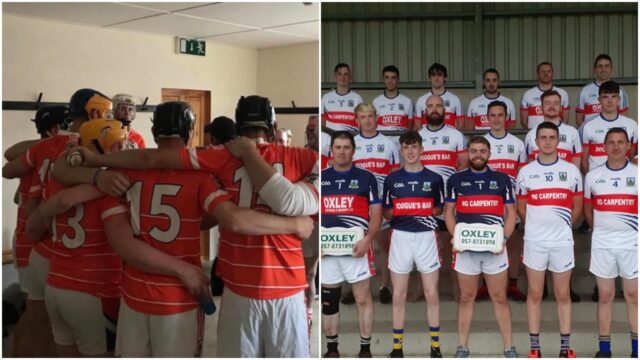 It is yet another final that nobody wants to be in – but Colt-Shanahoe and Slieve Bloom will contest it tonight.

Survival at this level will be the prize as the loser will be down to Intermediate in 2022.

One of the two teams probably consider themselves unfortunate to be here while the other can have no complaints.

Slieve Bloom lost to Rathdowney-Errill in Round 1 but then responded brilliantly to defeat neighbours Ballyfin in Round 2.

They had to defeat Ballinakill in Round 3 to reach the knock-out stage and when they failed to do that, they ended up bottom of the group on head to head due to that Rathdowney-Errill loss.

Colt-Shanahoe’s tale is rather straight forward as they were well beaten in all three games.

Clonaslee slayed them first and they lost James Keyes to injury after that game which did not help their cause.

Defeats to Camross and Portlaoise followed as they were left pointless at the bottom of their group.

This is the second successive year that Colt-Shanahoe have ended up in the relegation playoff.

Slieve Bloom saw off Clonaslee in the 2019 final and they should have enough to prevail here once again.