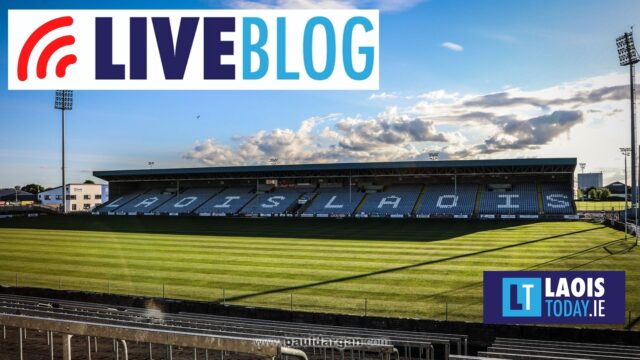 The knock-out stages of the Laois hurling championships get underway today.

In total, there are five games down for decision today – two semi finals, two quarter finals and one relegation play off.

Three of these games get underway at 4.30pm and they are all in the IHC.

The Harps face Clough-Ballacolla in one semi final in Rathdowney while Trumera take on Borris-Kilcotton in the other.

The IHC relegation final is also at 4.30pm and sees Park-Ratheniska-Timahoe take on Mountrath in Colt.

The first of this evening’s double header in O’Moore Park sees Ballinakill take on Clonaslee at 5.30pm.

Ballinakill lost in Round 1 to Ballyfin but wins over Rathdowney-Errill and Slieve Bloom left them second in their group.

Clonaslee defeated Colt-Shanahoe in Round 1 but were well beaten in subsequent games with Camross and Portlaoise.

Their football exploits will take their toll too with Jack Owens already out while Niall Corbet is also a doubt.

Ballinakill should be at full strength and should win this comfortably enough.

The second part of tonight’s double header sees the second strings of Camross and Rathdowney-Errill meet at 7pm.

The two most recent winners of the Intermediate hurling championship have competed well at this grade since their respective promotions.

Camross lost to Portlaoise in their group but wins over Colt-Shanahoe and Clonaslee left them second.

Rathdowney-Errill defeated Slieve Bloom and then lost to Ballyfin and Ballinakill – but qualified on head-to-head.

Both teams have lost several players to their senior team as the competition has progressed. This should be close, but we’ll give a tentative nod to Camross.

You can follow all the action as it unfolds below: