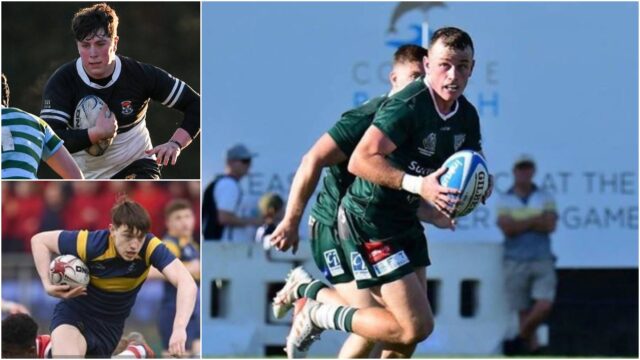 There were a number of Laois rugby players involved in the All Ireland League over the past couple of weekends as the new season got under way around the country.

Craig Adams from Ratheniska, whose attempts to play semi-professionally in Italy last year were derailed by Covid, is back in the Terenure colours and scored two tries as they went down 39-26 to Dublin rivals Lansdowne on Saturday in AIL Division 1A.

Ballyfin’s Luke Kerr made his debut for UCC in the AIL’s top division but was on the losing side as they were beaten 32-20 by Garryowen.

In Division 1B, Bryan Croke was outhalf for Naas and crossed for two tries as they beat Malone.

Luke Rigney from Portlaoise was prop for Shannon as they beat Banbridge 32-20 on the back pitch in Thomond Park.

In Division 2A, David Dooley from Rosenallis was centre for MU Barnhall as they picked up their second win with a 38-13 win over UL Bohs. Among the replacements for Barnhall was prop Conor Turley, son of former Laois footballer Leo.

In Division 2B, Adam Lambkin from Portarlington was on the bench for Galwegians as they were beaten by Wanderers while Mark McDermott from Killeshin was full-back on the Corinthians team that beat Belfast Harlequins in Galway.

In Division 2C, Gary Cantwell from Attanagh was in the centre for Tullamore as they beat Omagh.

SEE ALSO – A Laois club rugby selection to compete with the best?