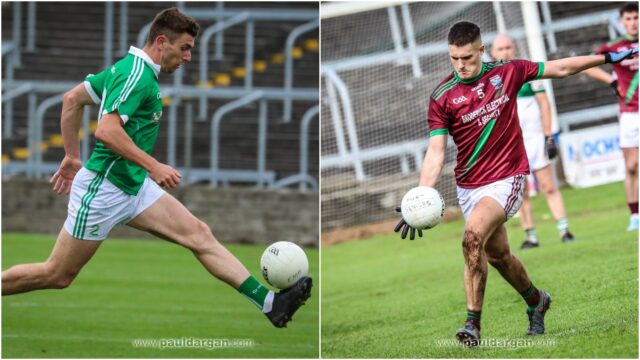 Champions Portarlington are the first team through to the Laois SFC quarter-finals following a win over Stradbally in O’Moore Park this evening.

Their unbeaten run of games is now at eight following this latest win – and their defensive record continues again with just one goal conceded now in either the 2020 or 2021 championship.

From just before throw in the rain teemed down, making it difficult playing conditions.

But Port weren’t overly put out. Despite a level enough opening quarter where two Eoin Buggie points for Stradbally and one from Podge Fitzpatrick had the sides level after 11 minutes – Colm Murphy, Jake Foster and Ronan Coffey got Port’s early points – but Coffey and Murphy were on target it again to leave Port 0-5 to 0-3 up at the first water break.

Adam Ryan and Colm Murphy pointed within 90 seconds of the restart and then Rioghan Murphy hit one as the Port half-forward line with Coffey particularly influential saw them open up a bit of a lead.

A Garry Comerford score in the 22nd minute was badly needed by Stradbally and Conor Goode then quickly added another.

But Port then hit four in a row – from Foster (two), Colm Murphy and a Scott Osbourne 45 after Wayne Comerford had brilliantly tipped a Coffey penalty around the post after Adam Ryan had been fouled by Damien Murphy.

Eoin Buggie hit a free before the break but at John Flynn’s half time whistle, Port were 0-12 to 0-6 ahead.

Stradbally had the wind in the second half but was there any way Port were going to give up that lead?

The second half was dour enough viewing. Stradbally tightened up considerably on Coffey and Foster but they couldn’t make any real inroads at the other end and their only score of a very stop-start second quarter was a booming Tom Shiel free moments after he’d come on.

Port had earlier got frees from Colm Murphy and Foster and the water break they were still 0-14 to 0-7 up.

The final quarter was a non-event with a comeback never looking likely and both sides only adding a couple of frees. Across the entire second half there wasn’t a single score from play and it ended with a bit of a shemozzle and a handful of yellow cards.

Port won’t mind. The champions have a semi-final to look forward to in two weeks time.