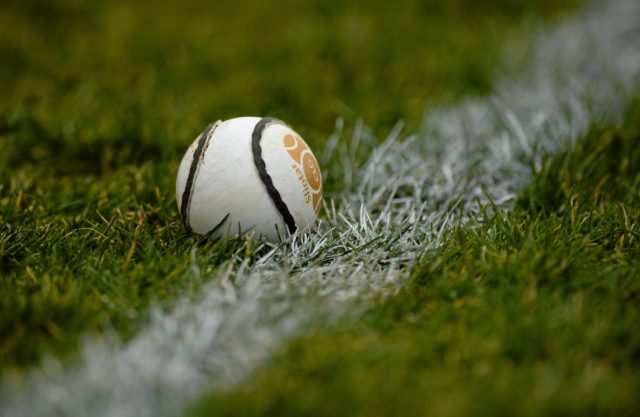 An impressive first-half performance laid the foundations for a comfortable Ballinakill win in the second Premier IHC semi-final this evening as they proved too strong for Portlaoise to set up a final clash with Ballyfin in two weeks time.

On a horrible evening for hurling – with a strong wind blowing straight down the field, the rain teeming down and the pitch cutting up badly – Ballinakill played with the elements in the first half and were completely dominant as they opened up a big lead.

Though they hit 13 wides as well in the first half, they made their possession count with an opening half tally of 2-13.

They had four points on the board within the opening five minutes with two from the brilliant Cha Dwyer and one each from Sean Downey and Seamus Fitzpatrick. Ciaran McEvoy had got Portlaoise’s opening point.

David O’Mahony pulled one back for Portlaoise but two in a row from the very impressive Fitzpatrick stretched Ballinakill further clear and Podge Lalor also got in on the scoring with a point from play.

Cormac Rigney then pointed frees either side of another Cha Dwyer point but at the first water break it was 0-8 to 0-4 to Ballinakill.

And they really pushed on in the second quarter. Cha get two points to move them six clear and they then got two goals in quick succession.

Evan Dunne got the first after a long ball in and then Gearoid Lynch finished to the net brilliantly after a powerful run.

Ftzpatrick and Cha (with a quality sideline cut) pointed before Cormac Rigney replied for Portlaoise but Cha’s seventh had it 2-13 to 0-5 at the break.

Portlaoise, to be fair to them, put up a decent fight in the second half but the hill they had left themselves to climb was just too steep.

Gearoid Lynch stretched the lead to 15 points within a minute of the restart but Portlaoise then got the next five with Cormac Rigney (two frees), Ciaran McEvoy, Gary Bergin and Cian Taylor all on the mark. Cha Dwyer hit back with a free and there was still 11 in it at the water break, 2-15 to 0-10.

As the rain belted down in the final quarter, a comeback never looked likely despite Cian Taylor getting a goal for Portlaoise and Ballinakill easily saw it out.

A final against Ballyfin awaits in two weeks time.