In absolutely horrific conditions in the Centre of Excellence, Camross staged a remarkable second half comeback to win by a point.

In driving rain, Naomh Eamann built up a 3-4 to 0-2 lead by half time and with an 11 point lead to hold onto, it looked like they would prevail.

Ella Cuddy and Aoife Daly scored first half points against the wind for Camross and they would prove crucial in the end.

Tara Lowry, Holly Cuddy, Aoife Daly and Ella Cuddy all pointed when play resumed with Holly Cuddy then driving in a goal to leave three between them at the second water break.

Conditions continued to deteriorate in the final quarter and Naomh Eamann battled hard to hold onto their lead.

However, the sides were level when Annabelle Ryan struck for her side’s second goal.

It looked like we were heading for extra time but right at the end, Holly Cuddy came up with another point and that proved to be the winning score.

Holly is the younger sister of Eoghan Cuddy who was involved for Camross in their dramatic Minor win over Abbeyleix a few weeks ago. 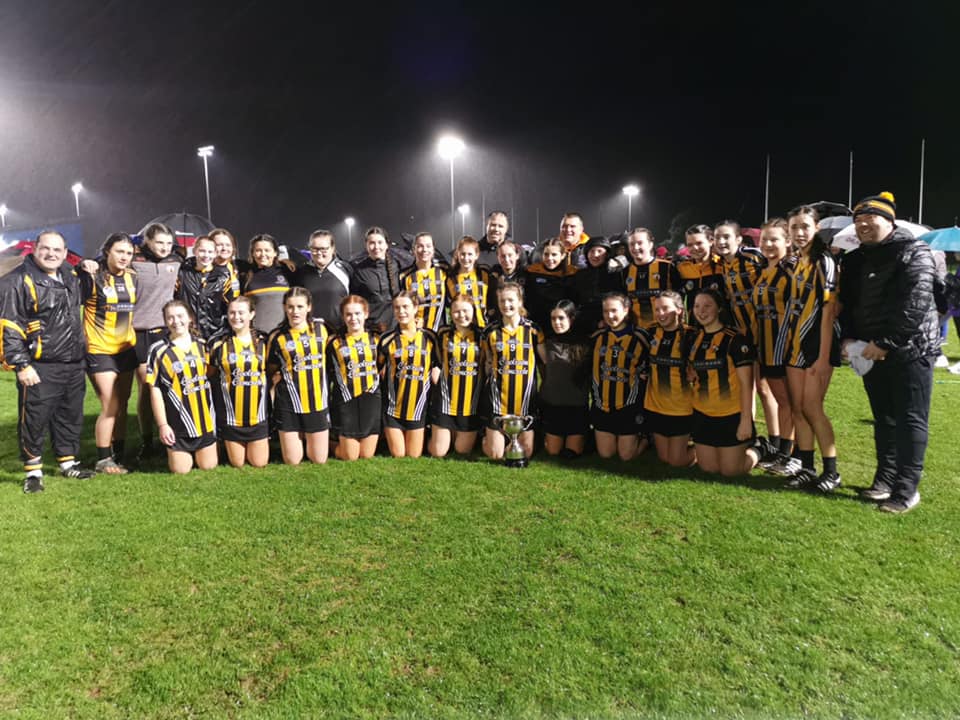