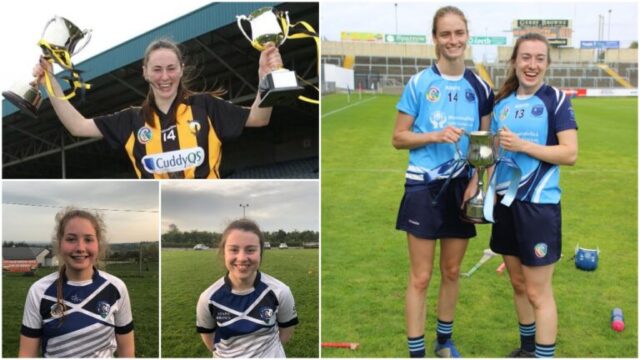 The Laois camogie championships will kick into gear this afternoon as the competition reaches the semi finals.

There are just four teams at the top grade of camogie in Laois – and this is called Intermediate because it corresponds to the level that the county side play at.

Over the last number of weeks, each of the teams have played against each other with the outcome of those games determining the semi final pairings.

The first semi final takes place today at 2.30pm between St Brigid’s and O’Moore’s in Castletown with the meeting of Camross and The Harps in Abbeyleix throwing in at 3pm.

O’Moore’s are the defending champions and the competition up to now has followed a similar pattern to last year for them.

Just like last season, they lost games against Camross and St Brigid’s in the group stage but did manage to defeat The Harps.

In a repeat of last year’s final, they take on St Brigid’s who defeated them by five points in Round 1.

Dermot McGill is once again at the helm for O’Moore’s and they’ll be hoping for big performances from the likes of Alison McEvoy, Laura Marie Maher and Amy McKane.

They are favourites for this game with Clodagh Tynan,
Roisin Killmartin, Jessie Quinlan, Aisling O’Dea and
Grainne Hyland all playing well.

Camross defeated The Harps by 29 points in Round 1 and it is hard to see how the outcome will be any different this time.

Abbeyleix native Anthony Coffey is managing Camross and they are on fire this season – winning all three of their games.

Aideen Lowry, Aimee Collier and Sara Cuddy all had a fine season with Laois and have continued that form with their club.

Joe Ryan from Galmoy is in charge of The Harps who, after heavy defeats to Camross and St Brigid’s, will have to take some heart from their final group game against O’Moore’s where the margin of defeat was just four points.

Alice Walsh, Jade Bergin, Jennifer Cass and Joan Dollard will be among those from whom big performances will be needed if The Harps are to have a chance of causing a shock.

Two exciting games are anticipated and we will have reports from each later today.

PATH TO THE SEMI FINALS