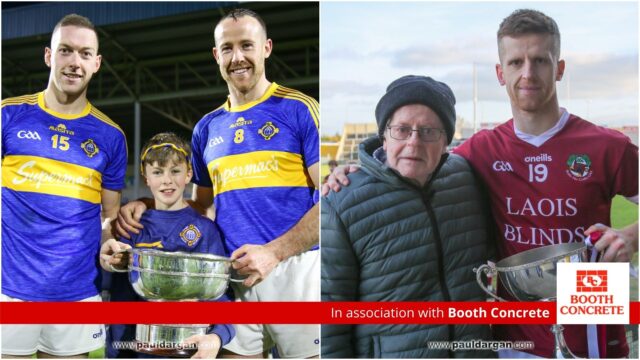 What a great day of hurling in O’Moore Park.

The Laois senior hurling final was an epic for the ages as Clough-Ballacolla saw off Borris-Kilcotton in a thrilling clash to win the Bob O’Keeffe Cup for the second time in under three months.

Steven Miller and Alan Hartnett look back on what was a serious battle as well as hearing from Clough-Ballacolla captain Stephen ‘Picky’ Maher.

They also chat about the Premier Intermediate final where Ballinakill made the most of a good start to beat Ballyfin and return to the senior grade at the first time of asking. We also chat briefly to Ballinakill’s Cha Dwyer after the game.

On top of that Alan looks back on the weekend camogie semi-finals and wins for Camross and St Brigid’s as reigning champions O’Moores were knocked out.