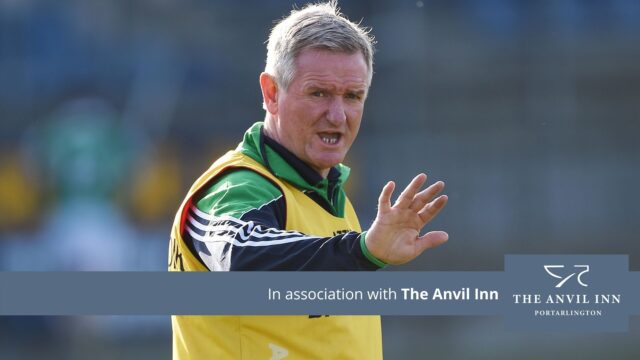 Portarlington manager Martin Murphy says his charges will be taking nothing for granted when they face Portlaoise in the county final on Sunday.

Speaking on this week’s edition of the LaoisToday Talking Sport Podcast, the Offaly native says his team have the upmost respect for their opponents who have won 12 of the last 14 championships.

He said: “They (Portlaoise) haven’t gone away and people write them off at their peril.

“We will have the height and upmost respect for Portlaoise on Sunday. They have fantastic players with great experience.

“They have huge experience in their backroom team too – they have five or six lads there that would have more medals than Portarlington put together.

“We know what they bring to the party and hopefully we can just shade it on Sunday.”

Portarlington have the meanest defence in Laois – conceding just one goal in the last two years.

This is something that Murphy says his players are very proud of and a record they will be hoping to keep intact after this weekend.

He said: “Our back have been impressive that is for sure and aside from the 2020 semi final against Ballyfin, we haven’t conceded a goal.

“That is down to the determination of our players in defence who have been awesome.

“We have players of the calibre of Colin Slevin who is every bit as a good a back and would probably find his place on every other team in the county, Jason Moore is away overseas too.

“They are just two more lads who could be in there too.

“We have great competition among the lads at the back and that has driven lads on to perform at the best of their ability.

“There is a sense of pride among each of them too to try to keep the score to a minimum.”