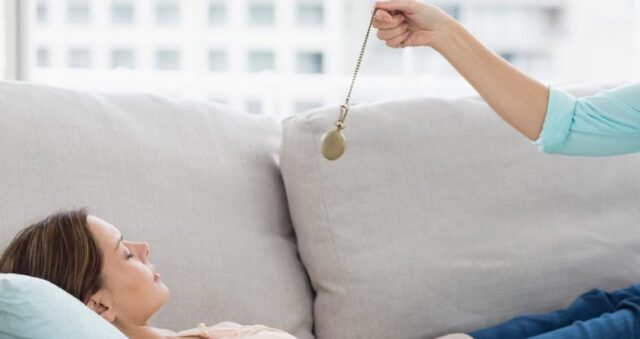 Among the therapies which have been around a long time but are suddenly gaining popularity, hypnotherapy is perhaps one of the misunderstood.

As soon as you say the word “hypno”, people think of what they have seen on television, or perhaps as part of a stage show.

Individuals reduced to a zombie-like state, following the beck and call of the hypnotist. Squawking like chickens, doing funny dances or any other mirthsome activity. And it puts many off.

Long-term readers of this column will know I’m a hypnotherapist. You may also know that I don’t place a lot of credibility in such shows.

I’m open to convincing otherwise but I think there’s more of the staged about such performances than any actual control.

Why do I say this? Well, to put it bluntly, despite training and experience working as a hypnotherapist, I absolutely cannot control your or anybody else’s mind. Nor would I want to.

And I don’t believe anybody else can either, at least not through hypnosis.

Simply put, the hypnotic state is not a great deal different to deep meditation or your mind just before you fall asleep.

If in either of those situations I asked you to howl like a vixen, your response might involve a pair of words, one of which sounds like fox.

All hypnotherapy is in a nutshell is getting you into a deeply relaxed state so your suggestions can be communicated to your subconscious mind.

That’s where the magic happens. This part of your brain is at least 30,000 times stronger than the conscious area and it’s the zone which controls habits.

You will have noted that I said “your suggestions”. Yours. Not mine. That bit is crucial to the whole process. If I, or any other hypnotherapist, tried to implant their ideas, your brain would reject them. It simply wouldn’t work.

So, for example, if I used hypnosis on a committed smoker with no intention of quitting and suggested they gave up the cigarettes, there is next to zero chance of it working.

The will simply wouldn’t be there. Hypnotherapy transforms a conscious desire into a subconscious habit but it can only do that if the person themselves wants to change.

Incidentally, for people who actually do want to stop smoking, hypnotherapy is proven to be one of the quickest and most effective ways of doing just that and of making the change permanent.

Like any therapy, hypnotherapy works better on some people than others. That’s why any hypnotherapist who takes their practice seriously, offers you a free consultation prior to agreeing to treat you.

During a brief chat, the therapist will get to know you, and you them, and be able to make a decision on your suitability. If hypnotherapy isn’t a good fit to you, a good therapist will explain this and why.

Next week, I’ll look at some of the benefits attached to hypnotherapy.