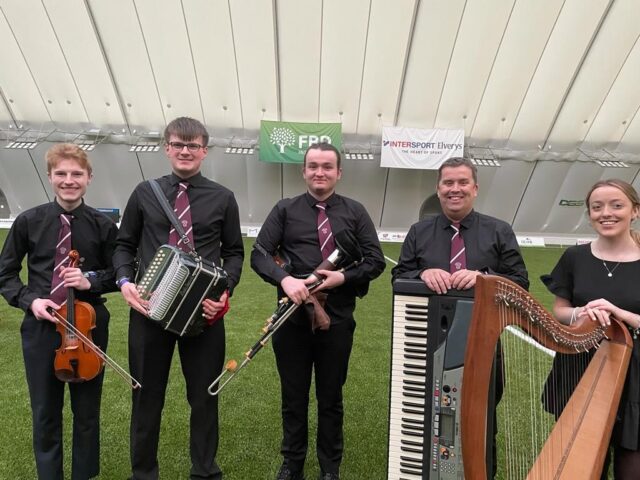 An All-Ireland title is back in Kilcavan following the Scor championships which took place over the weekend.

At the Air Dome in Bekan, Claremorris, members of the Laois club took home the All-Ireland title in instrumental music – Ceol Uirlise discipline.

Missing out on the day was Conor White who is on Erasmus in Czech Republic at present.

Scór is a GAA competition that combines all the colour and rivalry of Gaelic Games with the social/fun element of Ireland’s traditional past-times.

The competition was established by the GAA in 1969 with the aim of promoting Ireland’s traditional pastimes and culture while offering club members the chance to meet up, have fun and represent their club during the winter months while Football and Hurling had ceased.

The competition is divided into two age levels, Scór na nÓg, for young people under 17 and Scór Sinsir, for those over 17.

Just like the All-Ireland Football and Hurling Championships, clubs taking part in Scór first run off competitions among the club’s own members with the winners going forward to Divisional/District Board stage where deemed necessary, and then on to the County Final.

The winners go on to the Provincial final and finally on to the All-Ireland Final.