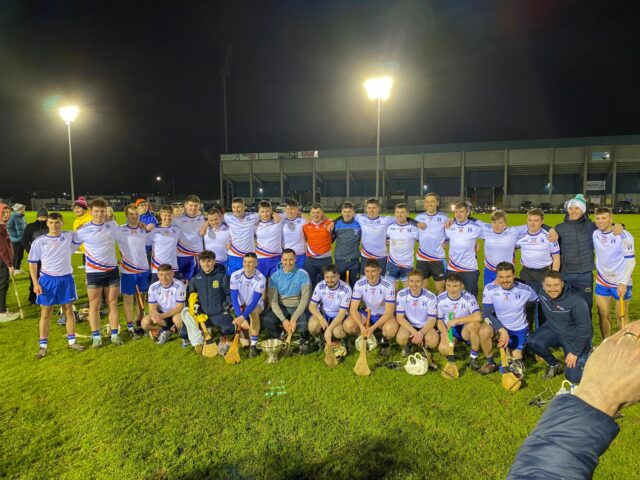 MIC St Pat’s of Thurles faced UCD in the decider which took place in the Centre of Excellence.

Unlike the weather today, Storm Barra had not arrived so conditions were good as the Tipperary college ran out 1-20 to 0-14 winners.

Castletown’s Oisin Phelan also made an impact as a second half substitute as Thurles saw out the win.

Portlaoise’s Cormac Rigney was due to start the game at centre forward but missed out due to illness.

Dunphy was among the highest scorers on the night as he contributed eight points from play.

St Pat’s compete in the Ryan Cup and this is the perfect preparation for that competition which gets underway in the new year.

SEE ALSO – PJ Kelly: ‘I sincerely am privileged and honoured’ to be new Laois GAA chairman