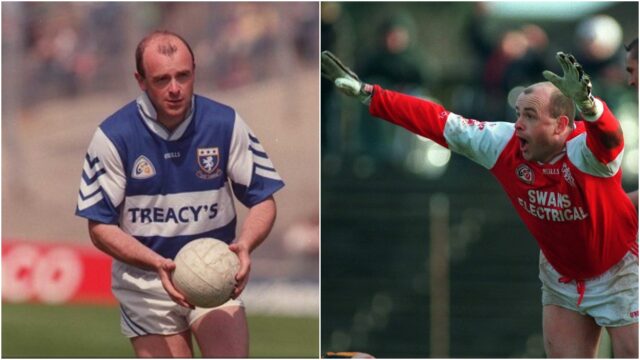 This indepth interview with former Laois footballer Leo Turley was broadcast as part of our Talking Sport Podcast on March 22, 2021.

Host Alan Hartnett is in the hot seat once again and this episode features a very special interview with former Laois and O’Dempsey’s footballer Leo Turley.

Leo was first involved with the Laois senior team in 1985 but opted off the panel ahead of the 1986 season when Laois won the National League title.

Over the course of the next hour, Leo will recall his sporting career – including his time in Knockbeg College – and bring us right up to the present day and explain why he has thrown his weight behind the Laois Gaels movement.