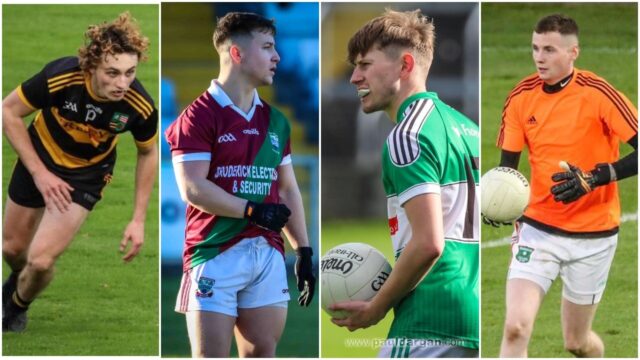 The Billy Sheehan era will begin in Wexford this weekend – and Laois football fans can expect to see plenty of new names don the jersey in 2022.

The new manager has added 21 players to the panel for the coming year – none of whom were part of the set up last year.

And all of them – bar Ballyfin’s James Finn – have not played a championship match for Laois before.

Overall, there are 18 clubs represented as the Laois element of the new management team – Chris Conway, Beano McDonald and Tomas Brett – have scoured the county for talent and could be spotted at all of the club championship games last year.

15 of the 16 senior clubs have players on the panel while three intermediate clubs, The Heath, Arles-Kilcruise and Crettyard, are all represented.

Emo are the only senior club without a player – but they most likely would have only for the injury and work-enforced absence of Finbarr Crowley and Padraig Kirwan respectively.

Four of the new players come from the back-to-back senior club champions Portarlington – as Cathal Bennett, Diarmuid Bennett, Alex Mohan and 2021 Player of the Year Jake Foster have all committed for the coming year – alongside clubmate Paddy O’Sullivan.

The highest scoring forward in the club championship last year, Ballyfin’s Sean Moore, is on board while so too is the intermediate Player of the Year – Park-Ratheniska’s Podge Dunne.

Courtwood duo Cian Doyle and Collins Ugochukwu have been called in to join clubmates Sean O’Flynn and Matthew Byron while so too have the St Joseph’s duo Adam Campion and Dylan Doyle who link up with James Kelly and Brian Daly.

Two of the new players are also eligible for the U-20s – Stradbally’s Darragh Carolan and Crettyard’s Ciaran Burke.

However, from the Laois team who lost to Westmeath in the Leinster championship quarter final last year, seven of those who played that day are set to be unavailable along with several others who were on the panel last year.

Seamus Lacey and the aforementioned Crowley are both set to miss the year after sustaining serious knee injuries in the club championship.

Killeshin’s Shane Bolger is also injured while Emo’s Padraig Kirwan, who was so impressive in the club championship, is unavailable due to Defence Forces commitment.

But there is still plenty of experience in the squad as John O’Loughlin, Kieran Lillis, Ross Munnelly, Donie Kingston, Gary Walsh and Gareth Dillon have committed once again.

The likes of Niall Corbet, Trevor Collins, Danny O’Reilly, Evan O’Carroll, Eoin Lowry, Paul Kingston and Mark Barry, who all featured in Laois’s most recent game against Westmeath last summer, are all on board.

Laois face a very busy start to 2022 as their season gets underway in Enniscorthy against Wexford in Round 1 of the O’Byrne Cup on Saturday.

They then host Meath on Wednesday next in Stradbally before concluding the group stage at home to Wicklow the following weekend.

The top team from the group progresses to the semi final on January 19 with the final scheduled for January 22.

Laois’s National Football League Division 3 campaign will then commence away to Louth at the end of the month.