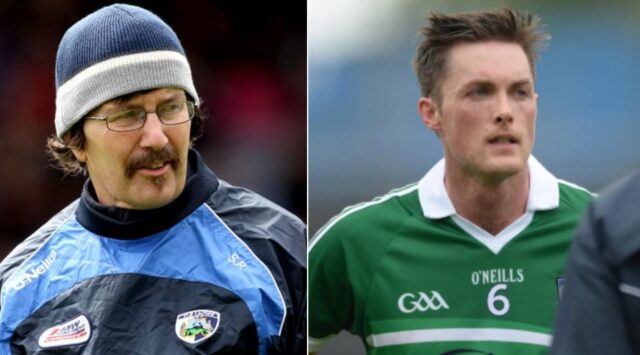 Former Limerick captain Gavin O’Mahony will be part of the Laois hurling backroom team under Cheddar Plunkett for the 2022 season.

O’Mahony, who captained Limerick to win the Division 2 National Hurling League title in 2011 and was on the team that won the Munster championship in 2013, has been confirmed as a selector/coach with Laois for the coming season.

He links up with Plunkett and Galway native Francis Forde who was part of the coaching setup with Laois last year.

Cork man Donach O’Donnell isn’t part of the backroom team this year, nor is Michael Walsh from Kilkenny who had been involved as goalkeeping coach.

O’Mahony played for Limerick from 2007 to 2017 and was a regular on the half back line, making 36 championship appearances in all.

A former full-time coach with Limerick GAA, O’Mahony was over Limerick club side Killeedy last year and was also previously involved in the backroom team for a number of campaigns with Mary I in the Fitzgibbon Cup.

Though he was only 30 at the time, his retirement at the end of the 2017 campaign meant that he wasn’t involved when Limerick won their breakthrough All Ireland in 2018.

From Kilmallock, he is still lining out with his club – and plays in the Munster club hurling final this Sunday against Waterford champions Ballygunner.

It’s understood that an additional coach/selector and a goalkeeping coach will be added.

As he was in 2021, Leo Tiernan will continue as Strength and Conditioning Coach while John Sugrue is again the team physio.

Dr Ciara Losty, a lecturer in sports and exercise psychology in IT Waterford is involved as Performance Coach with Diarmiud O Gallachobair doing Performance Analysis and Tony Bambrick, Colm Clear and Sean Conroy doing the stats.

David O’Brien from Clonad is in the Logistics/Liaison role with Pat Delaney, John Kealy and Jack Harding as kit men.

Laois play their first game of the 2022 season this Sunday when they take on Wexford in the Walsh Cup in Rathdowney. That game throws in at 2pm.