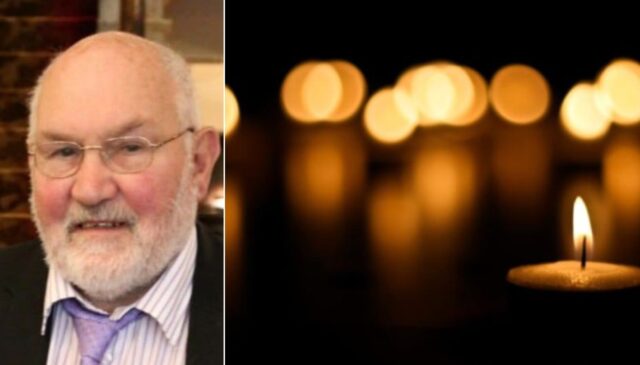 There was sadness in Durrow this week with the passing of John Woods, proprietor of the renowned Woods Bakery in the town for a long number of years.

The business was one of the leading bakeries in the region for decades, with John a central part of the family enterprise from when he started working in it as a 14-year-old in the mid 1950s.

The eldest of a family of seven, he was described at his funeral mass as being “very bright” and won a secondary school scholarship but decided at 14 to enter the family bakery business.

Working long hours in physical and dusty conditions, he was all things to the business” “baker, mechanic, carpenter, plumber, electrician and an entrepreneur”.

A talented Gaelic footballer and soccer player in his younger years, his brother Ger told his funeral mass how he played in championship finals in Carlow as an illegal player under an assumed name and was “spirited away” at the final whistle!

He also told of John’s resilience in battling diabetes for over 55 years and how he was an avid fisherman and cards player.

Beloved husband of Helen, he is predeceased by his sister Claire and brothers Tom and Liam.

His funeral mass took place in Durrow on Tuesday with removal afterwards to the Island Crematorium in Cork.