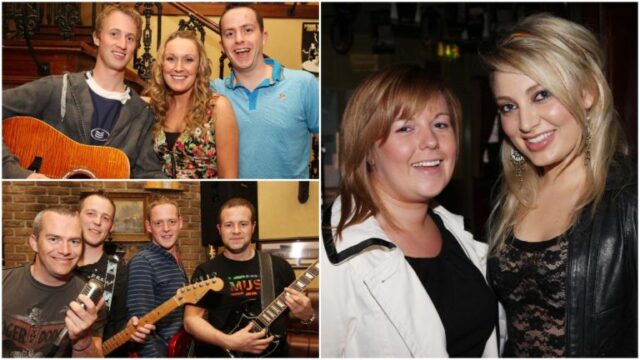 Talent from across Laois was showcased at the Stars of our Bars final which took place in Grellan Delaneys on April 23 2010.

A huge crowd gathered at the venue to see ten pubs around the county represented.

Each finalist performed one song each and were judged by a panel consisting of Watergate Theatre director Jimmy Burns, actress and CEO of Cardel Entertainment Ltd Carla Mooney and local sound engineer Brendan Fitzpatrick.

Damian Carroll representing Gogarty’s in Portarlington was announced as overall winner for the county.

The pubs involved in the talent competition included Grellan Delaneys, The Sally Gardens, Egans and Kavanaghs, Treacy’s, Barrow Lodge, Gogarty’s, Mary’s Bar in Ballacolla, the Fisherman’s Inn and the Druid in Mountmellick.

Alf Harvey was there on the night and took some great pictures.