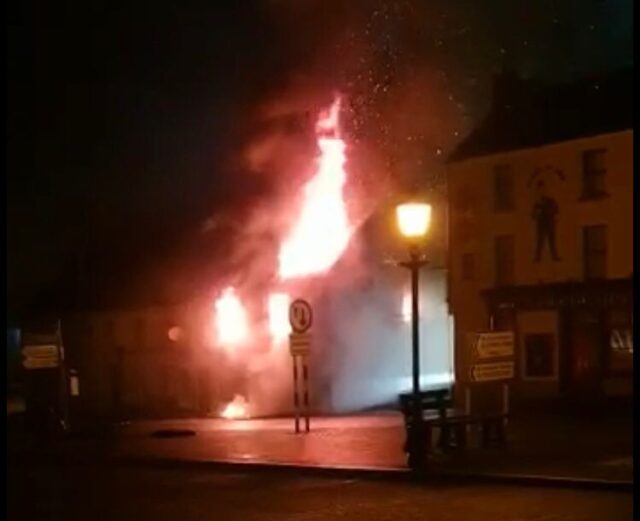 Gardai are investigating a fire that broke out in the early hours of this morning in Laois.

Dramatic footage captured the blaze that occurred at a residence in Rathdowney.

Emergency services attended the scene around 2.30am and immediately began battling the fire.

Thankfully, Gardai are reporting that no injuries have been detected following the fire.

Extensive damage has been done to the residence and members of the fire service were still on site today.

Gardai confirmed to LaoisToday that an investigation into the incident is now ongoing.

A spokesperson said: “Gardaí attended the scene of a fire at a residence in Rathdowney in the early hours of this morning.

“This occurred at approximately 2:30am.

“No injuries were reported in the case of this incident

“Inquiries in this matter are ongoing.”

The video below shows flames bellowing from the roof and every window illuminated from the fire.