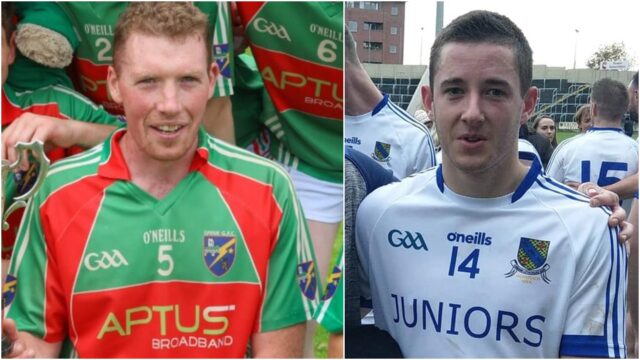 Laois hurler Donnchadh Hartnett has returned to his original club Rosenallis from Mountmellick, one of 32 transfer applications approved by Laois GAA this week.

Hartnett played underage with Rosenallis before him and his brother Chris moved to Mountmellick.

A regular with the Laois senior hurling team in recent years, Donnchadh helped Mountmellick to Junior ‘B’ and Junior ‘A’ back-to-back successes in 2017 and 2018. Chris was manager of those teams.

Donnchadh was also one of the Mountmellick players part of the Ballyfin Gaels team that won the Senior ‘A’ title in 2017.

But the brothers have now returned to Rosenallis, which will be a considerable boost to the club who are going into their third year back in the senior ranks.

Elsewhere former Laois hurler Podge Lawlor has transferred from Spink to Crettyard for football though will remain with the Ballinakill hurlers.

Lawlor played senior for Crettyard Gaels in 2016, 2017 and 2018 when Spink players were permitted to play with Crettyard as well as with their own club.

He will be a considerable boost to Crettyard as they seek to return to senior having been relegated at the end of the 2019 season.

Another eye-catching move is Chris Lynch’s transfer from Portlaoise to Trumera.

Ballypickas are also benefitting from a number of transfers with Conaire Gee, Odhran Delaney and Ben Freeman all moving from Abbeyleix while Paschal Foyle is transferring from Park-Ratheniska/Timahoe.

The Laois GAA internal transfers were approved by a meeting of the CCC on Tuesday night.

Among the criteria needed to be granted a transfer are: permanent residence in a club’s catchment area; returning to original club; having gone to school in the club’s area; moving to parent’s club.

Clubs can appeal transfers within a defined time frame but the transfer becomes effective if no appeal is lodged.

The full list of transfers approved is as follows: