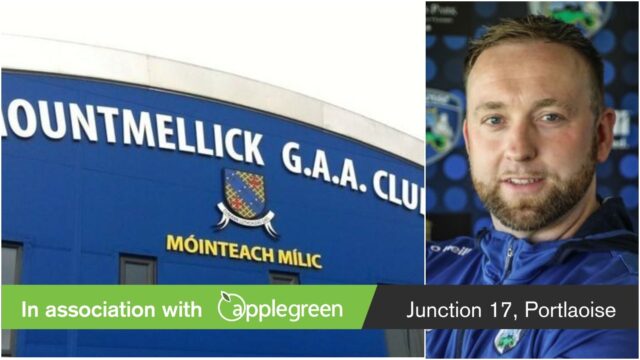 Mountmellick have appointed Damien Carter as their new hurling manager for the 2022 season.

The Ballinakill native is also a selector with the county minor team this year under manager Declan Qualter and former Waterford manager Derek McGrath who is coach.

He takes over from James Young who had been in charge of Mountmellick last season. He’ll be assisted in the role by former Mountmellick player Darren Young and former Kilkenny player Denis Byrne who will link up with the setup later in the season.

Carter played senior hurling with Ballinakill for a long number of years and represented Laois at all levels.

He also won junior football championship medals with both Ballinakill and Spink and played with Laois at underage levels. In more recent years he lined out with O’Dempsey’s, where he now lives.

Carter is very well-known in local hurling circles having been a hugely-popular and highly-rated commentator on Laois GAA TV, from both its initial stages in 2017 when it offered highlights to doing live commentary in 2020 during the pandemic.

He has also contributed widely to the LaoisToday Talking Sport Podcast.

Mountmellick have been very competitive in the intermediate grade in recent seasons having won back-to-back Junior ‘B’ and Junior ‘A’ titles in 2017 and 2018.

They were beaten in the intermediate semi-final in 2019 and only narrowly missed out on the group stages in 2020 and 2021.

They have been dealt a blow in the off season with the news that Laois defender Donnachadh Hartnett is to transfer back to Rosenallis.

Mountmellick have been drawn with Clonad, last year’s beaten finalists Clough-Ballacolla and relegated premier intermediate side Colt-Shanahoe in this year’s championship.

The top three teams in the group will go through to the knockout stages while the bottom team will face a relegation playoff.