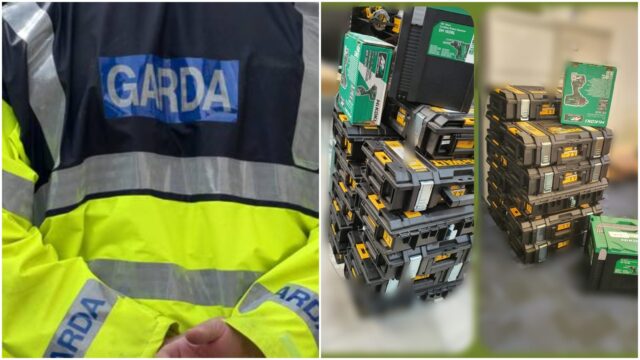 Gardai in Laois have recovered €5,300 worth of power tools that were stolen from a Laois business.

When the men were approached, they were found to be in possession of the equipment.

It was subsequently found that this had been stolen and arrests were made.

A Garda spokesperson said: “Portlaoise Garda while on patrol on March 23 detected two males acting suspiciously in a vehicle in the Ballydavis area.

“Subsequent search resulted in the recovery of approximately €5,300 worth of power tools stolen from a Laois business.

“Both males have been charged and brought before the Courts.”