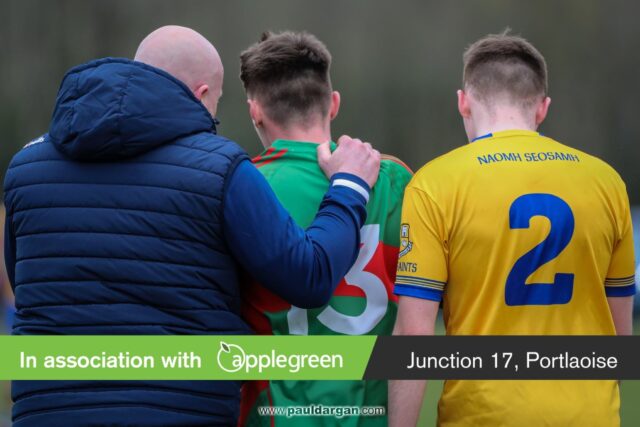 The St Joseph’s footballers have made an impressive start to 2022 and they claimed their fifth win on the trot in Kellyville this evening as they got the better of Graiguecullen in the opening round of ACFL Division 1A.

Having already won four games in the Kelly Cup, including a semi-final win over Graigue two weeks ago, they repeated the trick in this evening’s league fixture.

A first-half goal from Michael Keogh helped Joseph’s to a 1-5 to 0-5 lead at the break and they had four points to spare in the finish.

Conor Kelly top-scored with eight points for a young Graiguecullen side who were without a host of county men.

Joseph’s now turn their attention back to a Kelly Cup final against Ballyroan-Abbey on Tuesday evening before then travelling to O’Dempsey’s on Friday in the league.

Graigue are at home to Courtwood in the second round next Saturday.