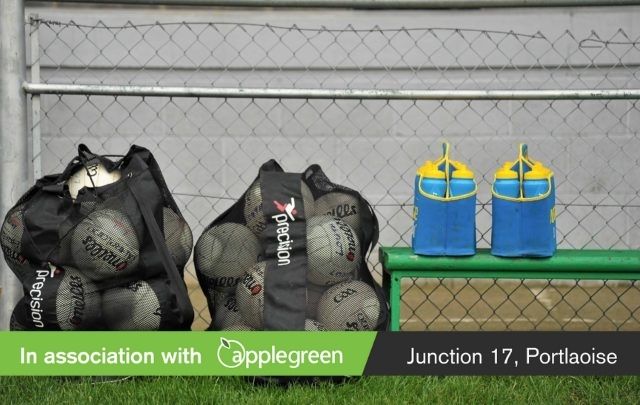 Goals from Ciaran O’Neill, Cillian Maher and Benny Lawlor did the trick for Stradbally as they defeated Ballylinan to make a winning start to Division 1B tonight.

Both sides were without many regulars through injury and county commitments but those on show put on a very entertaining affair.

The first half was even enough but Stradbally got ahead early in the second and held on to prevail by four.

The sides traded points to begin with Colm Kelly and Ryan Brady exchanging scores before Podge Walsh struck for the game’s first goal.

Kelly and Walsh swapped points and we were level at the midpoint of the half when Benny Lawlor set up the rampaging O’Neill and he shot low to the net after a lung-busting run from wing back.

Colm Kelly added another free but two excellent Jamie Farrell scores along with a free from Cathail Dunne made it look like Ballylinan would take an advantage to half time.

However, one final Stradbally attack involving Kelly and Lawlor ended with Cillian Maher finishing coolly into the bottom corner from close range.

That made it 2-3 to 1-5 at half time and Stradbally improved greatly in the second half.

Jody Dillon landed a brace either side of points from teenager Maher and the lively Benny Lawlor.

Podge Walsh and Jesse McEvoy replied for Ballylinan but the gap was six as we entered the final quarter when Lawlor accelerated away from several defender and shot high for Stradbally’s third goal.

Ballylinan replied two minutes later when Cathail Dunne weaved his way into the Stradbally defence and then deftly slipped the ball into the corner of the net.

The goalscoring ended after that as the home team managed out the game with points from Lawlor, Kelly, O’Neill and Podge Fitzpatrick.

Ballylinan responded through Luke Phillips, Jamie Farrell and Cathail Dunne but the goal they needed did not come.

Both sides are back in action next Sunday as Stradbally travel to Arles-Kilcruise and Ballylinan host Killeshin.