Arles-Kilcruise 2-8 The Heath 2-7
ACFL Division 1B

David Conway kicked a last-minute winner for Arles-Kilcruise this evening as they got the better of The Heath in the opening game in ACFL Division 1B.

The two sides will be expected to be strong contenders for the intermediate title later in the year and they played out a decent battle in lovely conditions.

A goal from Conor Booth gave The Heath a 1-4 to 0-3 lead in the first half but Kilcruise struck back with two goals – from PJ Lawlor and debutant Darragh Kealy – to lead 2-4 to 1-5 at the break.

Kilcruise led for most of the second half but an Andrew Booth penalty drew the sides level late on only for David Conway to land the winner from a free in injury time. 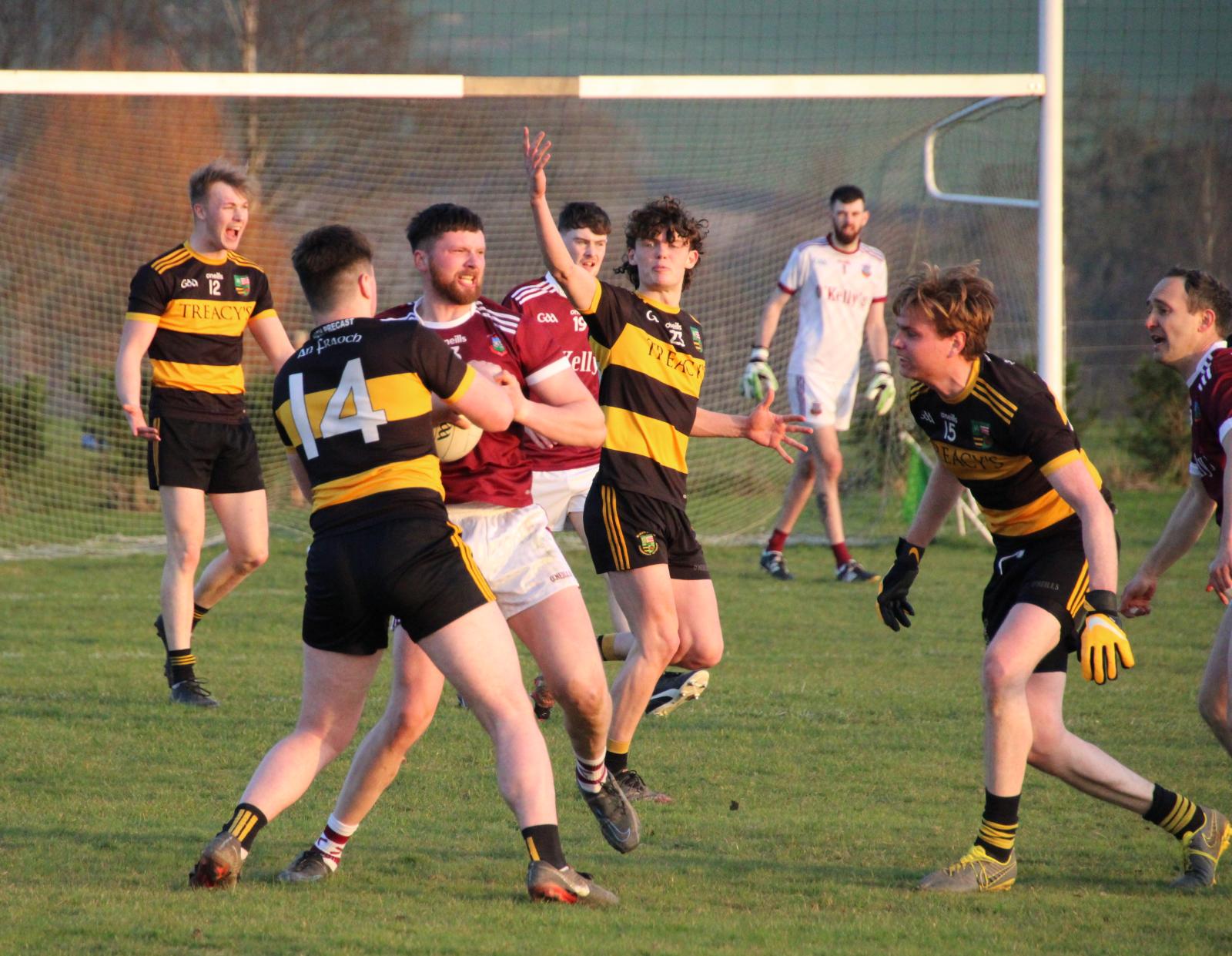 A dominant second-half performance from Rosenallis saw them easily get the better of Arles-Killeen in Rosenallis this evening.

Niall Dunne accounted for most of the Arles-Killeen scores in the opening half while Eoin Dunne, Ronan Murray and Donnagh Callally got points for Rosenallis with Brian Fitzpatrick getting the goal.

Killeshin overturned a five-point half-time deficit to get their season off to a winning start.

The visitors led 0-7 to 0-2 at half time but faded in the second half as Killeshin hit 11 points after the break.

Evan Lowry impressed with a number of scores for Killeshin while a penalty save from Killian Roche was also a crucial moment.

Niall Corbet hit six points for Clonaslee with Niall Hogan getting two and Bob Downey and Cathal Lee one each.

SEE ALSO – All our coverage from ACFL Division 1A as Emo, Portlaoise, Portarlington and St Joseph’s win on opening weekend