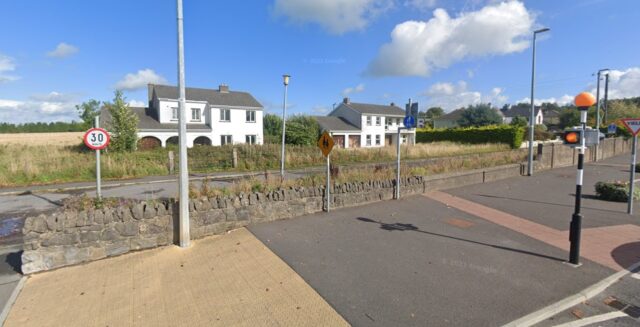 “Two fine big houses” that are nevertheless “an eyesore” on the Stradbally Road in Portlaoise should be demolished to make way for a new link with the Dublin Road.

At the recent meeting of the Portlaoise Municipal District, Cllr Catherine Fitzgerald called on the council to give an update on the two derelict houses on the Stradbally Road.

She was informed that the two vacant and derelict houses at Beladd on the Stradbally Road in Portlaoise have been acquired by Laois County Council by Compulsory Purchase Order.

Said Cllr Fitzgerald, “I’d like to see them demolished, because they’re an eyesore. Why they were ever put up there in the first place is beyond me.

“This is an ideal place to go through the HSE lands. We need to keep that site hopefully for a future road over to the Dublin Road.

“There are so many schools and traffic, the traffic on the Block Road is just dangerous. Once those houses are demolished, you’ll have access.”

Agreeing with Cllr Fitzgerald, Cllr Caroline Dwane Stanley said, “We were all scratching our heads when the two houses were put in there and the way they were left for years. It was meant to be a continuation of the proposed road.”

Cllr Thomasina Connell, a member of the HSE Midlands Regional Health Board, said she had asked the HSE to set out their intentions for the land and the HSE said they would come back to her with an answer before the next meeting.

Cllr Noel Tuohy said it was a bit sad to see that the two houses’ potential had been absolutely wasted.

“They are an eyesore and there is another function for that site,” he said.

Cllr Fitzgerald agreed that it was sad to see the fate of these two “fine big houses”.

“This was on the agenda 30 years ago, before the population exploded there was a need for this road,” she said.

Cllr Barry Walsh said the existing road has made a phenomenal difference to the town and not having the land available to do the same on the other side would be “bordering on criminal”.