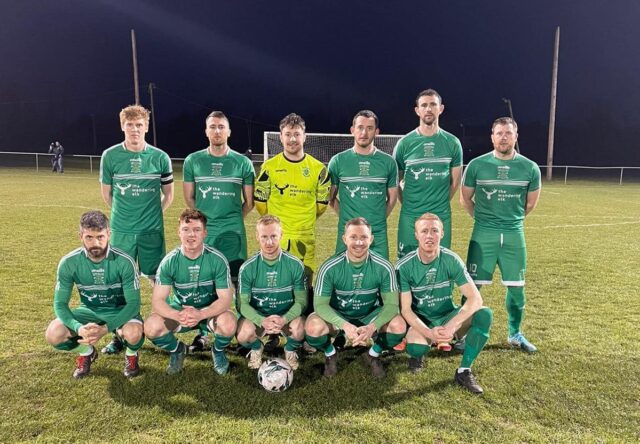 Shane Keegan’s charges are on an incredible run lately and have won their last nine successive matches between league and cup.

They have now won four matches in 12 days too and are primed for promotion with six league games to play.

This game was level until the 76th minute when Paul Cahillane was fouled on the edge of the Newtown Rangers box.

He clipped in a free kick where Chris Mulhall rose at the back post and headed the ball into the net.

Newtown Rangers pushed for the equaliser but Portlaoise made it safe in the 82nd minute.

Jack Priestley and Oisin Fitzpatrick played a lovely one-two with the former then finishing coolly in the corner of the goal.

Portlaoise now have a week off before facing into another four games in 14 days.

They are away to Drumcondra in the league next before hosting Swords Celtic in the quarter final of the Lummy O’Reilly Cup.

They then host Dublin University in the league before also featuring at home in the next round of the Dublin Metropolitan Cup.