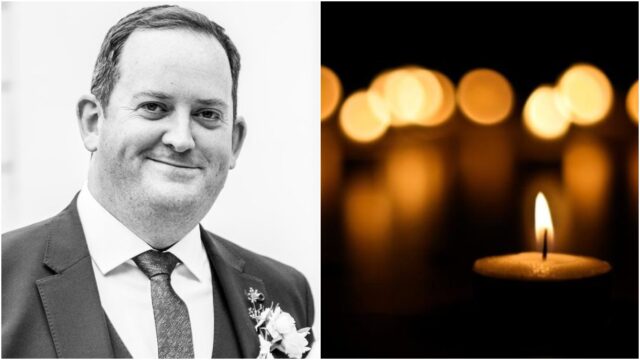 Only in his late 30s, Mr Kavanagh was laid to rest on Thursday.

He also spent a time working in the USA and Middle East.

The Kavanagh family have a long association with O’Dempsey’s GAA club and Alan had taken on the role of assistant treasurer this year. His father Tony is the current vice-chairman.

Alan had been particularly involved in club projects, like the recnt Golf Classic, the installation of a ball wall and was involved with the Light Up O’Dempsey’s floodlights project.

A guard of honour was done by club members on the day of his funeral.

Alan is pre-deceased by his mother Catherine (nee Buggie) and is mourned by his father Tony, sister Orla, brother-in-law Fergal, uncles Thomas and his wife Monica, Seamus and his wife Anne, Liam, aunt Breda and her partner Andrew, extended family, neighbours and many friends.

His funeral mass took place in Killenard on Thursday with burial after in the adjoining cemetery.