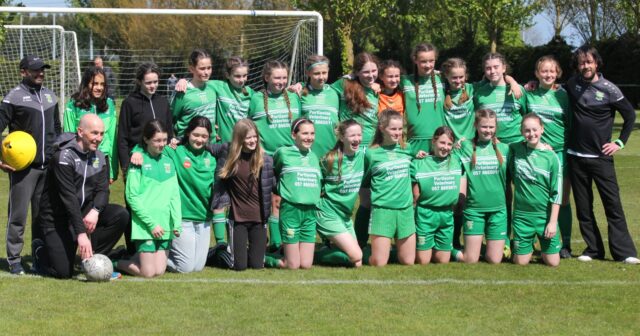 A big occasion for female sport in Laois this weekend lends itself to a special episode of the LaoisToday Talking Sport Podcast.

The Portlaoise AFC U-14 girls soccer team are in the national FAI Cup final this coming Sunday.

Even more impressive is that it comes less than seven years after Portlaoise AFC fielded a girls team for the first time ever.

Getting to this final is no mean achievement given that hundreds of clubs at the start of the competition has now been whittled down to just two.

After beating Shelbourne in the semi-final, Portlaoise now play Greystones in the final this Sunday in the AUL Complex in Dublin.

And ahead of that game, Shane Keegan, Portlaoise’s first team coach and a former manager at Wexford Youths, Galway Utd and Dundalk, sat down with Portlaoise U-14 manager Dave McCall.

SEE ALSO – Check out all our Talking Sport episodes here