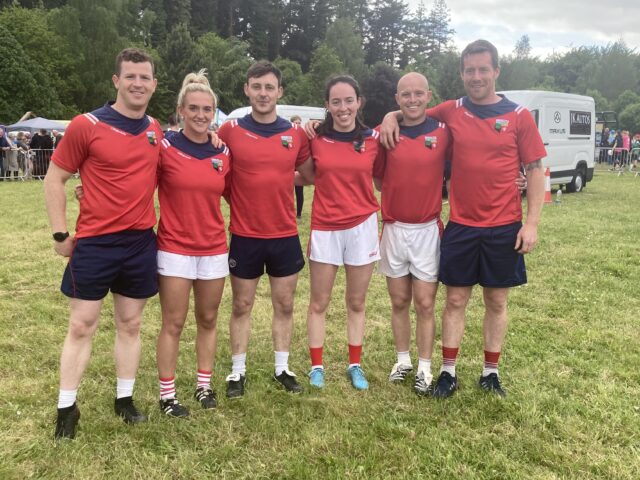 Emo GAA club have been crowned the inaugural winners of the Fittest Club competition hosted today in Emo Court at the Shine 2022 event organised by Laois Chamber of Commerce.

Captained by long-serving county and club footballer Darren Strong, they emerged victorious after a gruelling competition that began early this morning and involved four rounds in total, culminating with the grand final.

The Fittest Club competition was the centrepiece of the trade-fair style extravaganza that had over 100 local businesses exhibiting – and attracted a crowd of close to 5,000.

Second in the event was Waterford club Tallow GAA and third was Kilmacud Crokes.

Also among the competitors on a great day of action were Trilogy Triathlon, PortDara Rugby, O’Moores FC, Portlaoise Panthers Basketball, a host of Laois clubs as well as Thurles Sarsfields from Tipperary, Duleek Bellewstown from Meath and Kilmacud Crokes from Dublin.

Give the success of the event it’s hoped that it will become an annual festival, possibly extending across two days.

We’ll have more images and stories from the event across our site and social media tomorrow.

This piece was updated to correct the details that it was Kilmacud Crokes who finished third.