What an absolutely unbelievable achievement from this fabulous group of young soccer players!

Portlaoise AFC have been crowned All-Ireland U-14 Girls champions after defeating Greystones United.

It was a historic victory for the side managed by Dave McCall, Conall Breslin and Raj Bawa.

Not only were they the first girls team to go this far in a national competition – they are the first Portlaoise team of any description to achieve this feat.

They were also the first team from the Midlands Schoolboys/Girls League to reach a national final in 20 years.

The AUL Complex in Dublin was packed for the match as a huge crowd from Portlaoise travelled up.

This was Portlaoise’s seventh game in the competition and they were up against the top side in the DDSL.

But the Laois outfit dominated the game from start to finish and were deserving winners.

The back three of captain Holly Murphy, Emily Flynn and Niamh Dundon were simply outstanding and they, along with the rock solid Doireann Brennan.

Portlaoise played with the wind in the first half and made the breakthrough just before half time.

An excellent ball from Niamh Dundon split the Greystones defence and Ciara Breslin nipped in ahead of the keeper to score.

Portlaoise managed the game from there and headed for the break with a 1-0 lead.

Greystones came out in the second half and with the wind at their backs, they tried to apply pressure to Portlaoise.

However, they withstood it all and also introduced Keelin Moore who made a massive impact up front – holding up the ball really well on countless occasions.

The crucial strike came ten minutes from the end when a wonderful flick set up Maisie Kerry and she volleyed a shot low to the corner of the net.

After that, Portlaoise once again showed remarkable composure to be crowned champions. 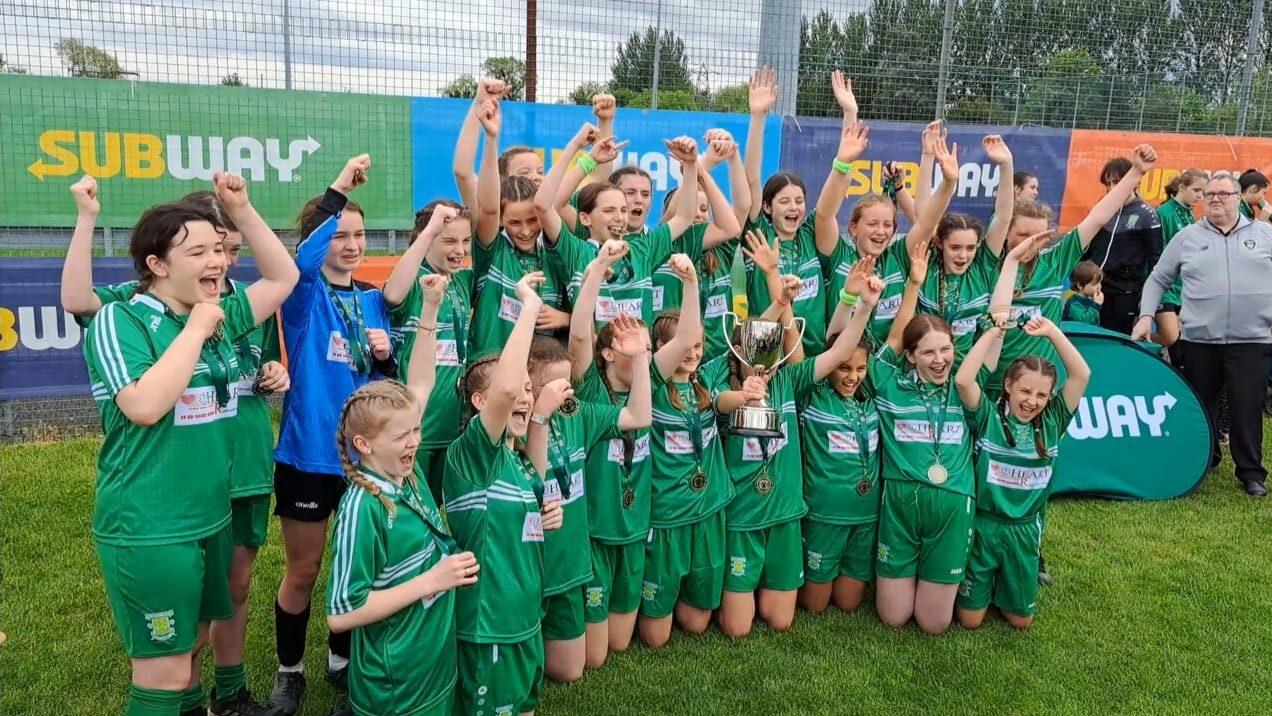 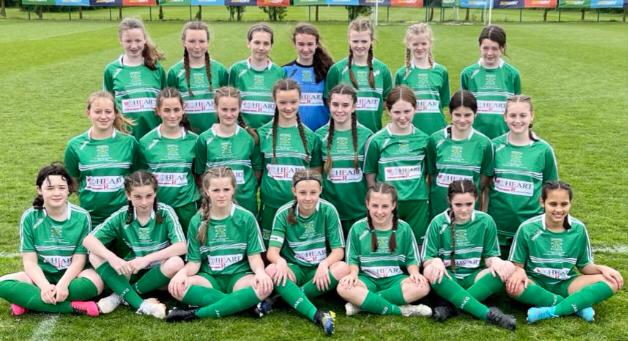