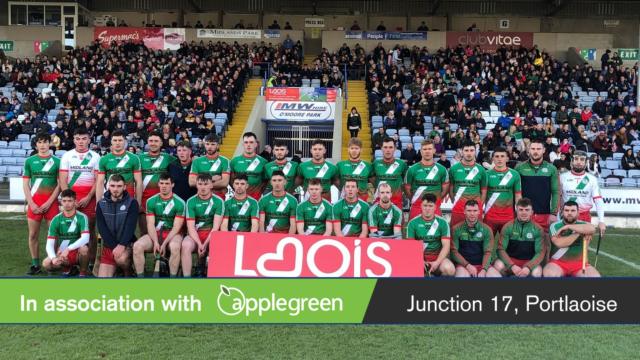 Penalties were required to separate Borris-Kilcotton and Clara of Kilkenny in the Leinster Hurling League Division 1 final on Saturday.

This game was played before the clash of Kilkenny and Wexford in the Leinster Senior Hurling Championship and provided just as much entertainment.

The sides could not be split after normal time and the game went straight to penalties to the entertainment of those in Nowlan Park.

Clara began the better of the two teams and raced into an early lead but Borris-Kilcotton fought their way back.

Stephen Dunphy and Aaron Dunphy raised numerous white flags with Joe Campion and Neil Foyle also chipping in to leave it 0-13 each at half time.

Clara had the wind in the second half but it was Borris-Kilcotton who struck the front when Emmet Jones scored the game’s only goal.

The sides traded points after that and the margin remained at three points as we entered the final quarter.

Clara surged at the end though and Matt Kenny scored as we entered injury time to level the game.

Both sides had chances to win it in the five minutes of that that were played but couldn’t and we headed for penalties.

In the end, it was that man Kenny who scored the decisive goal as Clara won 3-2.