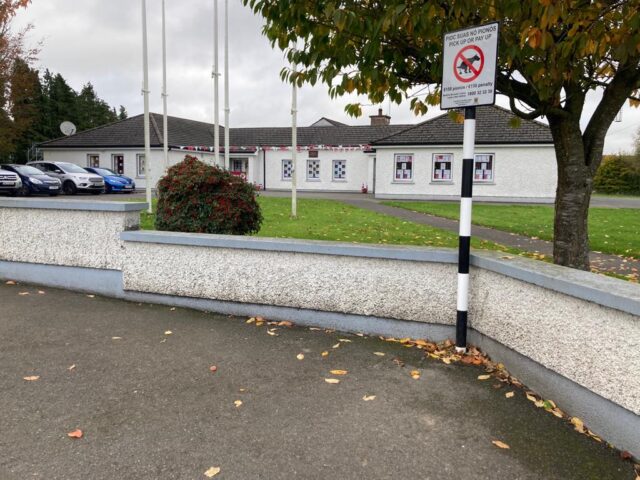 A speed ramp near a Ballinakill school is certainly slowing down traffic, but the ramp is so severe that the bottom of cars are rubbing off it.

So it was claimed at the recent meeting of the Portlaoise Municipal District.

Cllr Barry Walsh called on Laois County Council to review the height of the ramp entering Ballinakill from the Abbeyleix road just before the junction of the swimming pool road and the R432. The height of the ramp appears to be more severe than the other ramps further down the street.

In addition, there is inadequate warning and lighting approaching the ramp. Cllr Walsh asked if flashing beacons could be installed at the ramp also.

“I’ve had a couple of complaints about the bottom of the car rubbing off the ramp. It did appear quite severe,” he said.

Cllr Willie Aird said that cars have to actually stop to go over the ramp.

Cllr John Joe Fennelly said the ramp was requested by the parents’ association and the board of management of the school, and it certainly has slowed down the traffic.

Wes Wilkinson, senior executive engineer, said he would make himself available to meet Cllr Walsh on site at this location.

The traffic calming ramp meets the current standards and advanced warning signs and road markings have been in place since the time the ramp was originally installed.